By Mark McKee | 22 seconds ago

Disney+ changed the way fans saw the Star Wars Universe. While audiences knew this franchise to be a collection of blockbuster films, the Disney streaming giant allowed for an evolution. The Mandolorian kicked everything off with massive success. It was a series more disconnected from the Jedi and Sith but deeply connected to the galaxy far, far away. With any beloved franchise, it’s only a matter of time before a core character from the films made the jump. To the delight of prequel fans, Obi-Wan Kenobi got the tap to star in his own limited series. With Ewan McGregor portraying that role on the big screen, fans wouldn’t accept anyone else, and he reprised his role. When asked if he would return, his answer gave hope that we hadn’t seen the last of the bearded Jedi.

Ewan McGregor wasn’t the only familiar face in the series. Hayden Christensen, Jimmy Smits, and Joel Edgarton returned to reprise their roles. A few of them, plus Director Deborah Chow, sat down with Radio Times to discuss what is next for the cast and the show. While Chow admits Obi-Wan Kenobi was conceived initially as a limited series, there are “more stories you could tell.”

For McGregor and Christensen, it feels more personal. Throughout the performances and press tours, their love for the characters and each other emanated from the screen. For Christensen, he revealed he “would love to continue the character.” He spoke about his excitement and that there were more stories they could tell. In an earlier interview with Radio Times, Ewan McGregor talked about the 17-year wait he and the fans had to endure to get to this series. He expressed a desire to continue, “I hope it’s not the last time I play him,” he said. “I had such a great time doing this. I’m sure we can think of a few more stories before I turn into Alec Guinness, don’t you think?”

Obi-Wan Kenobi sees Ewan McGregor’s character living a life of solitude ten years after the Jedi lost the war. Now that the Sith rule over the former Republic, surviving Jedi are scattered to the furthest corners of the galaxy. Each of them is hunted by the Grand Inquisitor and his ranks. For Obi-Wan, that means watching over Luke Skywalker from afar, much to the dismay of his uncle Owen. Kenobi must come out of hiding when the young Princess Leia disappears in the clutches of kidnappers. Embarking on a mission to save her, he draws out his enemies, new and old.

While McGregor and co. may want more seasons of Obi-Wan Kenobi, their desire to keep going is only part of the battle. The decision for the series to continue will ultimately come down to Disney believing the series will remain successful. And the fans will have to show an equal desire to see more of Obi-Wan on the screen. After clamoring for the show for nearly two decades, that shouldn’t be much of a problem. Either way, Ewan McGregor has his cloak and lightsaber at the ready. 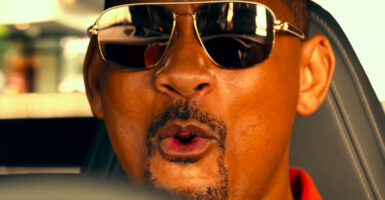 The Best Will Smith Meme Following The Oscar Slap 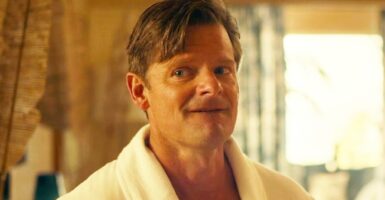