Love can make people do the strangest things. It can make the sanest person crazy and the craziest person completely wacko. It can also make people retire from acting. Now, in Emma Watson’s case, “retiring” may be too strong a word. “Stepping back” might be a better description of what the 30-year-old actress is doing.

Fans began to wonder about Emma Watson’s status as an actor when she suddenly went dark on her Instagram page in June 2020. Taking a look at it, her bio simply reads: “Emma’s official Instagram page is currently dormant and is not being updated.”

The strong rumor surrounding the Harry Potter star is that Watson is quitting the acting gig and removing herself from the public eye so she can concentrate on her relationship with Leo Robinton, the gentleman she has been dating for over 18 months and with whom, it is rumored, she is engaged.

According to the Daily Mail, Emma Watson “has gone underground, she is settling down with Leo. They’re laying low. Maybe she wants a family.” Not only that but adding to the “retirement” rumor is that her publicist has confirmed that Watson “is not taking on new commitments.”

The last time Emma Watson played Hermione Granger was a decade ago. With a franchise that has brought a worldwide box office total of nearly $8 billion, Watson probably doesn’t need to work again if she doesn’t want to. But since her last time as Granger, she has done some work, albeit sparingly. In fact, in that decade, Emma Watson has appeared in only 10 films. She also has one TV project on her resume. Of those ten, Watson was seen in My Week with Marilyn, The Perks of Being a Wallflower, The Bling Ring, Noah, Regression, Disney’s Beauty and the Beast, and The Circle. Her final role came in 2019 when she starred as Meg March, one of the four March sisters, in the seventh re-telling of Little Women, written and directed by Greta Gerwig. Her final three acting projects came over a five-year timeframe.

So, who is this Leo Robinton fella and why has Emma Watson stepped away from her acting career to be with him? According to The Sun, Robinton is an LA businessman (make that former) who worked for a company that specialized in legal cannabis. The couple apparently met back in 2017 at a Women’s March that Robinton trekked across the country to attend with his sister.

The first time the pair were photographed together was in 2019 when they were spotted enjoying some full-on PDA. Prior to the couple dating, Emma Watson was keeping her love life on the down-low (as she has pretty much done forever), stating that because of her celebrity status, dating apps were never in the cards for her. She explained to British Vogue via Elle her issues, “Dating apps are not on the cards for me,” she said. “I’m very lucky in the sense that because I went to university and because I’ve done these other things outside of film, my friends are really good at setting me up. Really good. And what’s really nice is some of my best friends are people I got set up on a date with and it didn’t work out.” Watson went on to share her doubt that making friends with a first date was even possible. “I didn’t think it was possible,” she said, “And it really is possible. And it’s actually great.”

Per her past, though, Watson has maintained quite a bit of secrecy as it pertains to Robinton. What the couple has not been able to keep secret is the potential engagement rumor that’s been floated. The pair recently went on a pre-Valentine’s Day trip to Ibiza, Spain and upon their return, Watson was seen sporting a band on her ring finger. Does this mean what many are claiming?

As for the future of Emma Watson and her acting career, that remains up in the air. The actress has nothing in the works, she has no plans to return to acting in the near future, so it seems that she is content to move forward as quietly as possible with Robinton. So, what do we make of the ongoing rumor that more Harry Potter is being planned?

The rumor, per The Hollywood Reporter, has been one which Warner Bros. has denied but has been confirmed by sources that Warner has already reached out to various writers around town about bringing the Harry Potter franchise to television. By that, we mean the HBO Max streaming service. This would be a smart move for Warner Bros. as Harry Potter is far and away their most lucrative property. Of course, there would need to be major discussions with J.K. Rowling, who controls the franchise and has a say in everything Harry Potter-related, but as we’ve said before and will continue to impress upon you, money talks. This edict also refers to the Harry Potter trio of Daniel Radcliffe, Rupert Grint, and Emma Watson. As you may recall, it was Radcliffe who was the loudest speaking out against Rowling and her controversial tweets concerning gender identity.

Is Emma Watson done or is she simply stepping back and allowing her relationship with Leo Robinton to further develop before she steps back into the Hollywood limelight? At her young age, she definitely has time on her hands. Obviously, she is in no rush. Good for her. 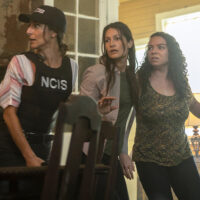