As another day dawns, Elon Musk, the richest man in the world yet again uses his time and resources not to make any significant impact in the world, but to go to Twitter and make snide remarks. In this case, he Tweeted his thoughts on the recent disastrous news for the streaming platform Netflix. Just yesterday, Netflix suffered a staggering 23% drop in their stock price due to a number of complex factors, some of which we will get into in a moment. However, Elon Musk, who has no apparent stake in any of this, Tweeted that the “woke mind virus” was to blame for the loss in stock market value. Here is specifically what the South African draft-dodger had to say about it:

Despite what Elon Musk might have to say about it (presumably based on his experience implying he had involvement in the creation of PayPal), Netflix took a deep financial nosedive for many reasons. Although the digital content streamer has long been the dominant force in its field, it has been steadily losing ground to major competitors like Disney+ and HBO Max. Yesterday, Netflix announced its first-quarter report, and not only did it fail to meet its lowered growth projections (which had already caused a sharp stock price fall in January), it actually ended up losing subscribers. That is pretty bad news for the company and its shareholders. Again, this is due to the competition in the streaming platform sharply rising as consumers trend more towards digital services rather than traditional television and theaters, and previously dominant companies facing threats from entertainment industry titans like Warner Bros (which owns HBO Max) and Disney escalating their efforts. Or maybe, like Elon Musk thinks, “woke” is the problem.

Elon Musk has long been a controversial figure in pop culture. Often hailed as a tech genius for his ideas like “a really fast subway” and “a truck that doesn’t sell well,” he has immersed himself into social and political controversies in a way that most business moguls tend to avoid. Recently, he has been offering to buy a controlling stake in the popular social media platform Twitter and describing it as the “de facto public town square.” Others have found an incongruity with the idea that unlimited expression of free speech would be the result of a billionaire unilaterally controlling a medium of expression that he frequently uses to air his complaints about using it.

Most likely, this is another case of Elon Musk purposefully inserting himself into a situation and using inflammatory language. Simply using the term “woke” is bound to enrage a percentage of the population that views it as antithetical to their own personal freedom to be angry at words like “woke.” Indeed, “Woke mind virus” is a good sequence of words to generate online, but the implication that the largest platform of online streaming content is somehow “unwatchable” due to any attention whatsoever to social progressiveness is probably not all that provable. But on the other hand, here we are again paying attention to Elon Musk, which is probably what Elon Musk wants for Elon Musk more than anything else in the world.

An Inspiring Elon Musk Movie Is Crushing It On Netflix 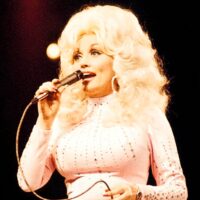