Elle Fanning Is Teaming With Her Sister To Fight Nazis

The Fanning sisters are finally going to get their wish. A chance to star on the big screen together. Elle Fanning and her sister Dakota will be taking on Nazi’s in the upcoming film The Nightingale.

The Nightingale is based on the novel of the same name, written by Kristin Hannah. The book is inspired by the real-life story of Andrée de Jongh, a 24-year-old French woman, who throughout World War II helped 118 Allied pilots escape the Nazis. De Jongh was even captured by the Nazis and sent to a concentration camp, from which she survived. After the war ended, de Jongh became a countess up until her death in 2007.

The movie will feature Dakota Fanning as Vianne Mauriac while her younger sister Elle Fanning portrays Isabelle Rossignol, whose tale will follow that of de Jongh’s. The story will follow the two sisters living in France who have their lives torn apart at the beginning of World War II. They become separated then captured, having to experience the horror of the Nazis as they are abused and persecuted. It will be an emotional journey of a movie, one to be heartbreaking but also inspiring.

The Fanning sisters are no stranger to being in front of the camera as both have enjoyed great success. Dakota Fanning began 20 years ago when she first appeared on the TV series ER and then followed that with Ally McBeal. She is also known for The Cat in the Hat, War of the Worlds with Tom Cruise, and The Runaways. She was most recently seen in the TV mini-series The Alienist: Angel of Darkness. Elle Fanning, on the other hand, has been acting for some time also and is probably best known for playing Aurora in Disney’s Maleficent and its sequel Maleficent: Mistress of Evil and most recently as Catherine in The Great. While the sisters have never appeared on screen together, they have been in the same movie. Both appeared in the film I Am Sam with Dakota playing Lucy Diamond Dawson and Elle playing the younger version of that character. The Nightingale will mark the first time the Fanning sisters will be seen together on film.

Director duties have been given to Mélanie Laurent, who herself is no stranger to acting or directing for that matter. Laurent has many acting credits on her resume and if her name isn’t familiar, her face probably is. She’s been starring in movies since 1998 and some of her bigger films are Quentin Tarantino’s Inglorious Basterds, Beginners, Now You See Me, and 6 Underground. Many of her films are French films. Laurent has also been behind the camera as a director, mainly on French films but of note, she recently directed Ben Foster in the crime drama Galveston.

Plans for The Nightingale have been ongoing since 2015 when the rights to the novel were purchased by TriStar Pictures. Game of Thrones director Michelle MacLaren was hired to direct and re-write the script but delays caused MacLaren to walk away from the project before the production shut down. It had an initial release date of August 10, 2018. With TriStar still wanting to get the movie made, they brought in Laurent to direct the new script, which was written by Dana Stevens. As we have seen many times during the COVID pandemic, release dates change constantly. For now, it looks like we’ll be waiting until December 22, 2021, before we get to see Dakota and Elle Fanning appear on the big screen at the same time. 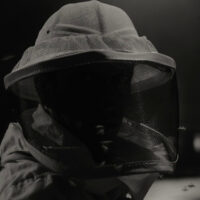 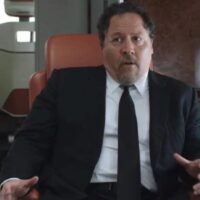