Elijah Wood as joined the cast of one of the best new series on television, and we could not be any more excited.

Elijah Wood has joined the cast of Yellowjackets. The Lord of the Rings star booked a recurring role on the second season of the Showtime drama which is slated to begin production in Vancouver this month. The 41-year-old will play Walter, a dedicated citizen detective who will challenge Misty in ways that she won’t see coming. The actor is the third new face to join the show’s present-day storyline and the first to not be playing an adult version of a pre-existing character, according to The Hollywood Reporter.

Along with Elijah Wood, Simone Kessell (of Obi-Wan Kenobi fame) signed on to portray an adult version of Courtney Eaton’s Lottie Matthews. Lauren Ambrose (a Six Feet Under alum) was previously announced to appear as a grown-up Van, who is portrayed as a teenager by Liv Hewson. Created by Ashley Lyle and Bart Nickerson, Yellowjackets premiered in November 2021 and received critical acclaim for its story and performances. Its accolades include seven Emmy Award nominations, including Outstanding Drama Series, Outstanding Lead Actress for Melanie Lynskey, and Outstanding Supporting Actress for Christina Ricci.

Set in 1996, Yellowjackets follows a team of New Jersey high school soccer players traveling to Seattle for a national tournament. While flying over Canada, their plane crashes deep in the northern wilderness. The series chronicles their descent over 19 months from a complicated, thriving team to savage clans. It also tracks the lives they’ve attempted to piece back together almost 25 years later, proving that the past is never really gone, and what began out in the wilderness is far from over. Following its success, the series was renewed for a second season in December 2021, with Elijah Wood and others joining the cast.

Meanwhile, Elijah Wood is probably best known for his portrayal of Frodo Baggins in the big screen adaptation of J.R.R. Tolkien’s The Lord of the Rings, appearing in every film in the trilogy – The Fellowship of the Ring, and The Two Towers and Return of the King. Most recently he appeared in No Man of God, which debuted at the 2021 Tribeca Film Festival. Billed as a crime mystery, the movie is directed by Amber Sealey from a script by C. Robert Cargill, under the pseudonym Kit Lesser. H also starred in Come to Daddy, along with the comedy series Wilfred and Dirk Gently’s Holistic Detective Agency. He will next be seen in a film called L.A. Rush and the superhero comedy horror The Toxic Avenger, Deadline reports. 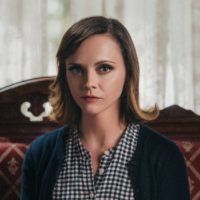 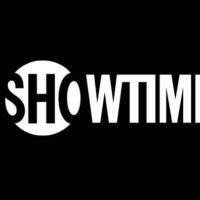 Showtime Has Canceled One Of The Best Sci-Fi Shows 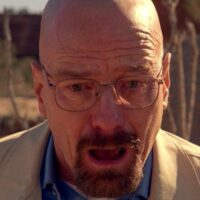