Dwayne Johnson will be producing a new comedy series on NBC about his childhood and young adult life. The show will be called Young Rock – ostensibly titled that way due to another similarly conceptual show being successful – and is entering production now. Johnson took to Instagram to announce the multiple actors that would be portraying him in Young Rock.

It looks like Dwayne Johnson will be portrayed by at least three different actors in Young Rock. The three actors will portray the future WWE superstar and acting icon when he was 10 years old, 15 years old, and 20 years old. for the most part, these actors are fairly fresh faces and will have the opportunity to really encapsulate the part of The Rock.

The role of 10-year-old Dwayne Johnson (nicknamed Dewey) will be played by Adrian Groulx.

The role of 15-year-old Dwayne Johnson will be played by Bradley Constant.

And finally, the role of 20-year-old Dwayne Johnson will be played by Uli Latukefu.

Dwayne Johnson has remained an incredibly popular and beloved figure in the pop culture sphere. Even with his recent political endorsement, the 48-year-old entrepreneur and actor has maintained a loyal following of fans. His attitude and demeanor speak to many people and it’s very likely that will translate to audience curiosity around Young Rock. Exactly how did he become the person he is today? This show will offer a fun, fictionalized look into that origin story.

With Young Rock entering into production, the expectation is that the series will be ready for next year’s fall TV season. Normally, the fall season is the biggest time for new shows, especially network projects. 2020 was not a normal year and the fall TV season was thrown into a loop because of numerous delays and cancellations. If Young Rock gets underway without a hitch, it is very likely we will be seeing it on our television screens in 2021.

Will the Dwayne Johnson sitcom be utilized as a tool for NBC to entice more subscribers over to their streaming platform, Peacock? The initial original programming at Peacock has not exactly been incredible, but a show like Young Rock has the potential to intrigue a very wide audience. If Peacock makes advance episodes of Young Rock a feature on their platform, it might boost a few subscriber numbers.

We will have to see just what becomes of Young Rock and Dwayne Johnson’s comedic look back into his formative years. Audiences are starved for new content and this sounds like the kind of cheerful, heartwarming, and funny show that has a good chance for success on a network like NBC. If we hear about any pertinent updates regarding Young Rock, we will make sure to fill you in. 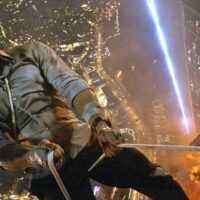 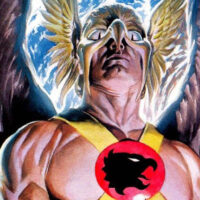