As much as Dwayne Johnson seems to try — and succeed — to be everywhere at once, the guy simply can’t be in every movie. Now it seems like in the struggle between The Rock’s cinematic aspirations and time, the latter is winning some ground. A recent interview confirms the actor won’t be around for at least two sequels to his films, including one sequel that seemed to be well on its way into the planning stage as recently as last year.

In an interview published late last week, Collider spoke to Dwayne Johnson’s business and production partner Hiram Garcia. As the president of Johnson’s Seven Bucks Productions, Garcia is usually as much in the know about Johnson’s current and upcoming productions as The Rock himself. When he was asked about how — with all of the franchises that Johnson’s been a part of — The Rock decides which sequels to make and which to pass on, Garcia let it slip that the actor won’t be coming back for San Andreas 2 or Rampage 2.

Garcia talked about how Seven Bucks’ studio partners were always clamoring for sequels, saying, “they want a Journey 2: Mysterious Island sequel, they want a San Andreas sequel, they want a Rampage sequel.” In regards to those films in particular, Garcia said, “we felt collectively, ‘Look, we told a great version of the story. Now, we want to go to tell another story somewhere else.'” Garcia also mentioned Dwayne Johnson’s obviously packed schedule, pointing out, “if he did the sequel for everything that there was a request for a sequel, he would literally never not be working.”

In spite of a report last July that San Andreas 2 was on the way, by November Dwayne Johnson was sounding like his schedule wouldn’t allow for it. During an interview with SiriusXM, Johnson said, “There’s a great idea for San Andreas that we had, I think it’s great. You know the challenge that we’re having honestly is what you guys said, is scheduling.” It doesn’t take anything more than a trip to The Rock’s IMDb page to see what he’s talking about. The actor has the action holiday movie Red One to make for Amazon, the historical epic The King directed by Robert Zemeckis, and the reboot of Big Trouble in Little China among other projects.

The news that the actor is passing on San Andreas 2 and Rampage 2 comes only days after the confirmation that Dwayne Johnson would not be returning for the Fast & Furious finale, in spite of Vin Diesel’s Instagram plea from November. Along with calling Diesel’s post manipulative, Johnson claimed he’d already spoken to Diesel one-on-one months earlier to tell him he would not appear in Fast & Furious 10. It shouldn’t have been too much of a shock for Diesel or anyone else involved, considering Johnson told Vanity Fair in October that he only agreed to appear in 2017’s The Fate of the Furious provided he and Diesel didn’t share any scenes.

On the other hand, there’s at least one sequel Dwayne Johnson seems more than prepared to show up for, even though the first film isn’t even out yet. While talking about what Seven Bucks has in store for the DC Cinematic Universe, Garcia confirmed that Black Adam 2 is already in the works. In the meantime, the first Black Adam is due to hit theaters on July 22, starring Johnson as the eponymous hero. 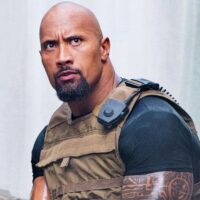