According to our trusted and proven sources, Dwayne Johnson is being wooed by Marvel for a very important villain role.

Dwayne Johnson is one of the biggest movie stars in the world, literally and figuratively. He is one of the few actors who could walk away from the billion-dollar grosses of the Fast and Furious franchise with little to no effect on his career and has more side projects than anyone could possibly keep track of (XFL, anyone?). However, according to our trusted and proven sources, Dwayne Johson is being wooed to join the very biggest franchise of them all, the Marvel Cinematic Universe. It seems that Kevin Feige would like to get Dwayne Johnson to play one of the biggest, baddest Marvel villains of them all: Apocalypse.

It is not surprising that Dwayne Johnson would be in consideration to play one of Marvel Comics’ most significant villains. He has drawing power at the magnitude few individuals do, in that his name can and has revitalized multiple franchises and he can make a hit out of even a lower-tier theme park ride. Bringing in one of Marvel’s most dangerous villains will require someone that really knocks out audiences (and Avengers, presumably), and few people could do that like the once and future Rock.

On the other hand, there are some pretty big hurdles to getting Dwayne Johnson to join the Marvel Cinematic Universe. For one thing, he seems pretty locked down over at Marvel’s main competitor, Warner Bros. Discovery’s DC Extended Universe. Johnson is set to make his debut in the DCEU as Black Adam in October, in perhaps the most hyped DC superhero film ever. Not only that, but it seems that the studio is looking to center the eternally-chaotic DCEU around Black Adam as a character, moving the franchise on from the troubled Snyderverse years. Not only that, but we have reports that Warner Bros. Discovery is looking to bring Dwayne Johnson on board not only as a star but as a consultant advisor to the entire franchise, which kind of seems like a conflict of interest for Marvel.

However, if anyone could use a do-over, it is Apocalypse. The comic book character was first introduced in X-Factor in 1986 as an ancient and inconceivably powerful mutant, who was born millennia ago as En-Sabah-Nur and had his mutant powers enhanced by Celestial technology. He was raised in the time period in which the time-traveling Kang the Conquerer ruled Egypt as Pharaoh Rama-Tut, which raises some interesting possibilities for the impending MCU debut of Jonathan Majors as Kang. Apocalypse was previously portrayed by Oscar Isaac (and about 20 pounds of makeup) in the 2016 film X-Men: Apocalypse, which pretty much everyone can agree was…disappointing.

As such, getting Dwayne Johnson to play Apocalypse would be a great chance for Marvel to try again. Fans have been eagerly awaiting the proper debut of the X-Men into the MCU, and getting a huge star like Dwayne Johnson to play one of their greatest enemies would be quite the coup. It would also weirdly give Dwayne Johnson the chance to play ancient quasi-Egyptian superbeings in two different franchises, which you have to think would be tempting. 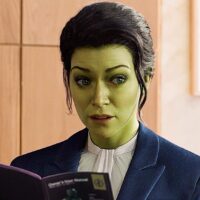 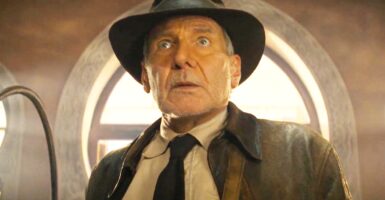 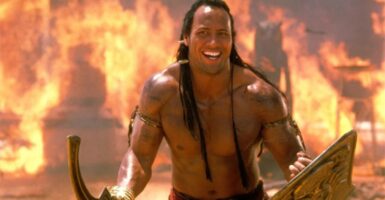 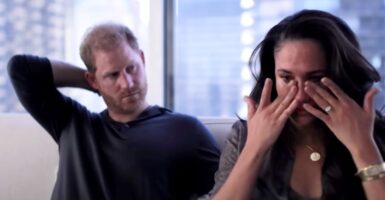 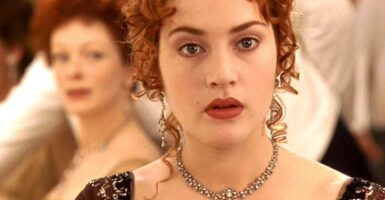