Dwayne Johnson Has A Plan To Duplicate Jumanji’s Success?

Dwayne Johnson is as popular a celebrity as we really have ever had. Since the beginning of his career nearly everything he’s been a part of, from an entertainment perspective, has ended up being a massive hit. Whether it’s in the wrestling ring or on the big screen, he has something of the Midas touch thanks to charisma, talent, and a work ethic that’s nearly unmatched. Well, now he wants to turn something else into gold. But he just needs to find the right project. According to insider Daniel Richtman, Johnson is looking to do for another franchise what he did for Jumanji.

This is an interesting strategy for Dwayne Johnson, recognizing that his star power combined with the right script and project can resurrect nearly any franchise if it’s done correctly. Whereas actors and talents seem to be often waiting for the right opportunity to come along, Johnson is in the proactive mode about looking for something that will play the same way the Jumanji franchise has over the last couple of years.

And why wouldn’t Dwayne Johnson see this approach, of putting older franchises back on the proverbial map as the standard operating procedure for a new project? It worked so well with Jumanji. Rebooting the franchise from the Robin Williams-led 1995 movie, Johnson along with Kevin Hart, Karen Gillan, and Jack Black put out a massive hit that diverged significantly from the original story arc. They rebooted it mostly in name only but turned it into a massive studio success. Jumanji: Welcome to the Jungle earned a whopping $962 million dollars on its $150 million production budget. And the follow-up The Next Level finished right in the same ballpark at $800 million on a $130 million budget.

Those two final figures are, of course, studio gold. The success wasn’t all on Dwayne Johnson, aided by a script and other stars in the film, but it’s easy to see why he’d want to go back to the winning model. Seeking out an already-known franchise that hasn’t seen the light of day for many years only to reinvigorate it with fresh blood and a big budget could very much be the way to go.

There are only a couple of questions left for Dwayne Johnson to answer now. What is the next project and will he have enough time? Johnson is among the busiest working actors in Hollywood right now, to the point where some are “concerned” Hobbs & Shaw might not get a sequel because it simply doesn’t work into Johnson’s schedule. Next up for the actor is a string of huge productions that will keep him busy for years.

He’s got Jungle Cruise which is a play on a Disney-themed ride gone completely wrong. Then there is The King based on Hawaiian legend. And of course, he’s following up with a San Andres sequel plus a trip to the DC comic universe with Black Adam. See what I mean here about Dwayne Johnson and his availability? There isn’t much. So it will be some time until we see what franchise he reboots. But whatever it is, it’s likely to be a huge success. 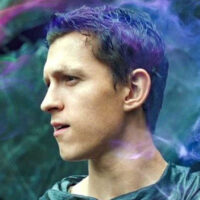