In just a few months Dwayne Johnson will take the lead in DC League of Super-Pets. Written and directed by Jared Stern, the 3D computer-animated superhero comedy will be broadly based on the DC Comics team originally introduced as the Legion of Super-Pets. In an interesting twist, the film’s producer says there will be several Easter Eggs with links to the source material sprinkled throughout the story.

The revelation was made by Hiram Garcia who also serves as president of Dwayne Johnson’s company Seven Bucks Productions. Over the years the company has been involved with other DC Films related to Johnson like Shazam! and the highly anticipated Black Adam. Speaking to Collider he said, “It’s one of the great things to do when you’re making these movies, is making sure you’re looking all around because it’s really fun to drop Easter eggs all over.”

The story will follow Krypto (Dwayne Johnson) and Ace the Bat-Hound (Kevin Hart) as they team up with other super-pets to form a crime-fighting squad of their own. When the Justice League is captured by Lex Luthor (Marc Maron), the fuzzy superheroes are put to the ultimate test. Wonder Woman’s kangaroo Jumpa and Supergirl’s cat Streaky the Supercat also make an appearance. The Justice League, which includes Superman, Wonder Woman, Cyborg, Green Lantern, and Batman, will also appear.

The trailer has already given fans a glimpse at this fun-filled version of the DC Comics universe. But it’s safe to assume that there will be a lot of nostalgia and callbacks that audiences seem to love. Fans will need to watch out to catch all the Easter Eggs, though it’s a safe bet that many of them will be spotted by others and listed online shortly after the film’s release. That will definitely make it fun for fans to rewatch the movie to attempt to catch them all. DC League of Super-Pets will be Dwayne Johnson’s first DC appearance, with Black Adam arriving in theaters in the summer of 2022.

Starring alongside Dwayne Johnson in Super-Pets is John Krasinski as Clark Kent / Superman, a superhero from Krypton who protects Metropolis, and Marc Maron as Lex Luthor, the CEO of LexCorp and Superman’s archenemy. The film also features Vanessa Bayer as PB, a potbellied pig who can grow in scale; Natasha Lyonne as Merton, a turtle with super speed; and Diego Luna as Chip, a squirrel with electric powers. Additionally, Kate McKinnon, Keanu Reeves, Thomas Middleditch, Ben Schwartz, and Jameela Jamil have been cast in undisclosed roles in the Dwayne Johnson movie. DC League of Super-Pets, starring Dwayne Johnson, hits theaters on May 20, 2022.

Soon after DC League of Super-Pets, fans can see Dwayne Johnson take up the mantle of Black Adam for the anti-hero’s big-screen origin story. It will be the eleventh film in the DC Extended Universe and is directed by Jaume Collet-Serra from a script by Adam Sztykiel, Rory Haines, and Sohrab Noshirvani. Starring alongside Johnson as Teth-Adam / Black Adam are Noah Centineo, Aldis Hodge, Sarah Shahi, Quintessa Swindell, and Pierce Brosnan.

The film’s plot details are currently under wraps but according to a 2020 report by The Illuminerdi, Black Adam will tell the origin story of Teth-Adam, while bringing the Justice Society of America into the DC Extended Universe. It will also focus on Adrianna Tomaz who, after being slave-traded to Black Adam, becomes a superhero when an amulet belonging to the Goddess Isis becomes hers. Dwayne Johnson’s Black Adam is scheduled for release on July 29, 2022. 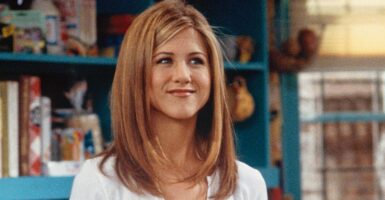 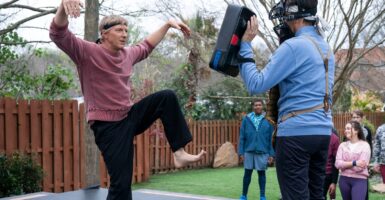