Dwayne Johnson Wants A Future Movie To Be Extremely Violent

Dwayne Johnson is truly one of the great action stars of our generation. From the absolutely jacked physique to the affable demeanor, few other actors can be both physically intimidating, but also crazy likable at the same time. Johnson is able to pull off both in unison and it’s why his movies consistently crush with a wide array of audiences. But it looks like he might want to go a little darker in his upcoming movie with Johnson apparently pushing for maximum violence in Black Adam.

Though Black Adam is still shooting for a PG-13 rating, Dwayne Johnson apparently wants to take that as close to the edge as possible. It’s unclear what he means exactly, or what types of violence he’s looking for in the film, but he definitely doesn’t want a kiddie film hitting the screens here. Though it would be a slightly different look for the actor, it would only be by degrees considering plenty of his other films have had their fair share of death counts and fighting.

The reason it is news for Dwayne Johnson to call for a possibly more mature movie is that typically comic book movies have very much wanted to straddle the violence line in their films. On the one hand, the movies need to have a certain weight and gravity when it comes to superpowers inflicting maximum damage. On the other hand, they need to be accessible for as large a viewing audience as possible. It’s a fine line. When a movie is too vanilla, it can land like a ton of bricks. But if it’s too much you push into the R-rating which can reduce audience size.

Black Adam is currently in pre-production with Dwayne Johnson set to star in the titular role. It will be both a spin-off and sequel film to Shazaam! and exists in the same timeline/ universe. Though he starts as a villain in the comic books, Black Adam does take a turn for the better which is apparently the direction Johnson will help move the film. But because the character has his roots in a little bit of evil, it’s easy to see why the actor would want to make sure the tone and violence of the film are requisite with the backstory.

And it stands to reason Dwayne Johnson will get at least part of his wish when it comes to production. After all, they’ve brought on Jaume Collet-Serra to direct. He has a background in the horror genre having helmed House of Wax and Orphan. This choice is telling in how the studio plans to take the film and it could stand in sharp contrast to the levity and pre-teen disposition of Shazam!

Time will tell if Dwayne Johnson gets his wish when it comes to the violence in the film, but I think we for sure get something different than the previous films in the DC Universe. It could be a welcome change for the overall franchise which has sometimes struggled to figure out their core tone. If there’s a star who can start shaping a new direction, it’s definitely Dwayne Johnson. 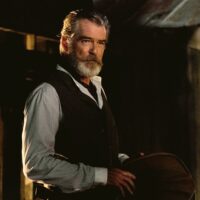