With Black Adam set for release next July, we’re finally getting more updates from the production. Yesterday, we received our first clear frontal shot of Dwayne Johnson as Teth-Adam without his costume obscured by a cloak. Today more images were released, giving us an even better look at Johnson as the DC antihero, and he looks just as intense as The Rock has been promising.

The images come courtesy of Total Film, who posted them to their Twitter account earlier today. Two of the photos show Dwayne Johnson in costume, including the voluminous robes obscuring our view of him in the first look that was released during the DC FanDome event. In one of those photos he is filming a scene, while in the other he appears to be reviewing footage with a masked crew member. But in another, the robes are off, giving us possibly the clearest view yet of his Black Adam costume. You can see the post including all three images below.

Total Film (via Games Radar) also offered a look at an alternate cover for their upcoming issue. While the cover hitting newsstands this Thursday shows more of Dwayne Johnson’s Black Adam costume, the alternate cover sent exclusively to subscribers of the magazine is pretty cool. The variant is a close-up of Johnson’s face, framed by Teth-Adam’s hood, with lightning crackling in his eyes. You can see both covers below.

As great as Dwayne Johnson’s Black Adam costume looks, the actor said when he first tried it on, he couldn’t stand it. He told Total Film in spite of the wardrobe crew for Black Adam being made up of “the best costume-makers in the business,” that when they brought the outfit to his home so he could try it on, he was unimpressed. Or, to put it more bluntly in Johnson’s own words, “I f—ing hate this costume.” The problem, the actor said, is that the suit was filled with padding. So the costumers got to work ripping out the padding and once Johnson tried it on without the extra bulk, it was perfect.

On quite a few occasions, including when he reposted the cover of this week’s issue of Total Film on Instagram, Dwayne Johnson has made the bold claim that Black Adam will change “the hierarchy of power” in DC’s Cinematic Universe. Which, it seems clear, is a polite way of saying Black Adam could take out Superman. The Rock was pelted with both agreements and scornful arguments when he made the claim on Twitter in October.

According to what Dwayne Johnson told Total Film, he’s confident we’re going to get a Black Adam/Superman throw-down on the big screen, regardless of who’s playing Kal-El. The Rock said that he and the filmmakers have worked hard to avoid the “pitfalls” failed superhero properties have been victim to and that, should Black Adam be the hit he hopes it is, “we can do anything,” including arrange a Black Adam/Superman fight. “[T]here’s a battle that’s going to go down one day, between Black Adam and Superman,” Johnson said. “I don’t know who that Superman is going to be, and I don’t know who’s going to play him. That’s OK. I don’t need to know right now.”

Before Dwayne Johnson gets his battle with Superman, first we’ll need to meet his character in Black Adam after it hits theaters July 29, 2022. The film is directed by Jaume Collet-Serra from a script by Rory Haines, Sohrab Noshirvani, and Adam Sztykiel. It stars Dwayne Johnson as Black Adam, Noah Centineo as Atom Smasher, Aldis Hodge as Hawkman, Sarah Shahi as Adrianna Tomaz, Quintessa Swindell as Cyclone, and Pierce Brosnan as Doctor Fate. 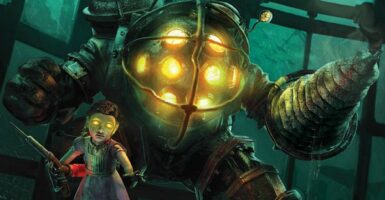 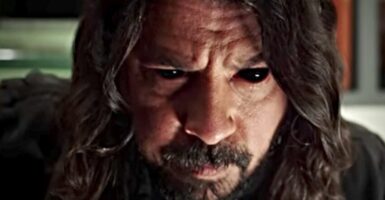 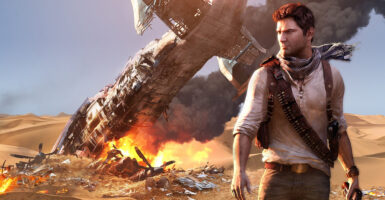