When Black Adam comes out it will give Dwayne Johnson his first starring role as a superhero and it’s set to really pump a lot of energy into the DC Extended Universe. Though the movie isn’t set to hit the big screen until next year, it’s filming right now and we are starting to get some of our first glimpses of the Black Adam costume with Johnson in the titular role. Yesterday he shared a “first look” of sorts on Instagram and gave some insight into the character that will be hitting the screen.

The first image of the Black Adam costume that Dwayne Johnson shared on Instagram isn’t exactly what you are picturing when it comes to the new superhero. It’s a dark image with Black Adam completely cloaked and standing in the shadows. The lines are indistinct and his face is hidden in the darkness. The whole thing gives an ominous feel, suggesting the movie will diverge a bit from other DC flicks in its approach and tone. Check out what Johnson posted on Instagram.

You can see the character’s boots near the bottom which will be part of the overall Black Adam costume, but it’s obviously impossible to see Dwayne Johnson anywhere in here. And that’s the point of the post with Johnson giving some context in his message. He talks about how Black Adam draws power from the pain he feels. His wife and children have been murdered and his people enslaved. Thes reference signals that we are getting the more updated version of the character, one who is an antihero in the DC Universe. He hails from North Africa which could be the reference to slavery in the story.

Dwayne Johnson is careful to not call Black Adam a superhero in this post, saying the character will be a champion instead. He also chooses his words somewhat carefully when he says Black Adam will be unstoppable and the most powerful force in the DC Universe. Whether this is a subtle dig at Superman, or just a crafted message isn’t totally clear. But it’s obvious that Johnson is into the character here and could be bringing something totally new to the screen for this franchise.

Black Adam will be tied into the overall DC Extended Universe, but has a close association with Shazam! when it comes to the comic books. There’s likely to be significant overlap with these stories and the character was referenced in that first movie. Again, Black Adam as Dwayne Johnson mentions here isn’t your standard hero. There could be more of an evil side, or even a transformation over the course of this film because the dude doesn’t come out of the gate good and just.

We are sure to get more images of Dwayne Johnson in the Black Adam costume with filming currently underway. It is going to be a huge production that will also establish the Justice Society of America with Pierce Brosnan as Doctor Fate, Aldis Hodge as Hawkman, Quintessa Swindell as Cyclone, and Noah Centineo as Atom Smasher. It is sure to be an event, a possibly more sinister turn through the DC Universe that will establish Dwayne Johnson as a legit superhero. And like the superstar says, he’s going to be unstoppable in this role. 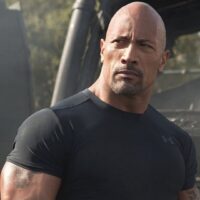 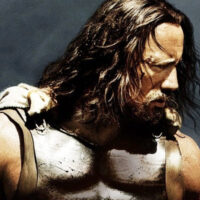