There is good news on the horizon for sci-fi fans awaiting the arrival of the monumental Dune movie release, that is if you were planning to watch it streaming on HBO Max. Warner Bros. made an announcement yesterday that they will be moving the streaming release time forward by a few hours in order to release the film in both theaters and streaming simultaneously. This shift in release times may hurt cinema numbers, increase streaming views, or a little of both.

Most new releases on HBO Max and other streaming services aren’t made available until midnight on the West Coast on the day of their release. However, Warner Bros. is changing its strategy with Dune. The new film will now be added to HBO Max at 6 pm ET/3 pm PT on Thursday, mirroring the times of the early showings on the East Coast. Dune will be available to everyone in the United States Thursday afternoon or evening.

The news of Dune streaming earlier than originally planned most likely hasn’t sat well with movie director, Denis Villeneuve (Bladerunner 2049), as he has previously expressed his anger with Warner Bros. and HBO Max over their decision to release the film on streaming platforms at the same time as theatrical releases. In an emotional article written for Variety last year, Villeneuve revealed that he learned of the Dune streaming agreement made with HBO from the news as he was not included in the decision-making for the release of the movie. The director wrote, “Filmmaking is a collaboration, reliant on the mutual trust of teamwork and Warner Bros. has declared they are no longer on the same team.”

The argument made by Villeneuve and many other filmmakers in the industry is that releasing movies to streaming services at the same time as theatrical releases kills the film’s profit chances at the box office. However, after the September release of the film in international theatres, the outlook for Dune’s profits looks promising. The film grossed over $36 million on its opening weekend: an impressive international debut considering the debilitating state of the movie theatre industry.

Although the announcement of Dune streaming earlier may be exciting for those who already planned to stream the movie as soon as possible, this pushback will more than likely not have any huge impacts on profits. If anything, a few extra hours might even rack in more money. Streaming large movie premiers has already proven successful for other studies such as Disney+, which accumulated over $60 million in revenue for Black Widow.

Based on the 1965 novel of the same name by Frank Herbert, Dune is set on faraway planets in the distant future. The story is a coming-of-age tale about Paul Atreides (Timothy Charlamet) and the Atreides family as they are forced to relocate to a desert wasteland planet and take up stewardship. Charlamet is joined by an impressive lineup featuring Zendaya as Chani, Rebecca Ferguson as Lady Jessica, Oscar Isaac as Duke Leto Atreides, Stellan Skarsgård as Vladimir Harkonnen, Jason Momoa as Duncan Idaho, and Josh Brolin As Gurney Halleck. 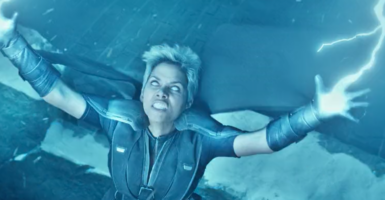 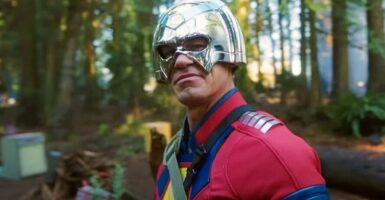