Dominic Monaghan has had himself quite a career, one that has spanned decades, and which has put the actor in some of the biggest films and TV shows of the 2000s. While Monaghan has been an important part of franchises like Lord of the Rings and Lost, what has the actor been up to lately?

From Beginnings to Lord of the Rings

Before Dominic Monaghan took on his role as Merry Brandybuck in Lord of the Rings, he was part of the series entire four-season run of the British TV series Hetty Wainthropp Investigates. This led him to a couple of miniseries projects, This Is Personal: The Hunt for the Yorkshire Ripper and Monsignor Renard, before Peter Jackson made him an offer for his first major franchise.

As the Lord of the Rings whirlwind concluded, Dominic Monaghan was tapped to play Charlie Pace, a drug-addicted former English rock star on the J.J. Abrams series, Lost. Initially, Monaghan auditioned for the role of Sawyer, a part that eventually went to Josh Holloway. The role of Charlie was set up as an aging ‘80s rock star but the producers liked Monaghan’s audition, just not for Sawyer, so they rewrote the part of Charlie to fit Monaghan.

Charlie was one of the main characters in Lost’s first three seasons, dealing with his heroin addiction while stranded on a deserted island. He begins a romantic relationship with Claire (Emilie de Ravin) and also develops a strong bond with Hurley (Jorge Garcia) and Desmond (Henry Ian Cusick). During season 3, Desmond began to foresee Charlie’s death, which happens in the season 3 finale, when Charlie sacrifices himself to save the other survivors. Even though Charlie dies in the season 3 finale, the island had a way of keeping characters around. Charlie returned for a few more episodes and has a prominent role in the series finale.

For three years of his time on Lost, Dominic Monaghan was in a relationship with co-star Evangeline Lilly. The two never spoke in detail about their time together, having been spotted from time to time together after appearing together at the Golden Globes. But the end was bitter for Monaghan, who on numerous occasions mentioned Lilly cheating on him as the reason the two finally split. In fact, he took to Twitter to make that “casual” announcement.

As his time on Lost was coming to an end, Dominic Monaghan went right into another TV series, Flashforward, which only lasted one season. He would eventually try his hand at other series, including Goodnight Burbank, The Unknown, 100 Code, Quantum Break, and Bite Club. Monaghan also jumped back to feature films starring in movies like The Day, Soldiers of Fortune, Pet, Atomica, and Mute. He also reunited with his Lost co-creator J.J. Abrams when Abrams gave him a minor role as Beaumont in Star Wars: Episode IX – The Rise of Skywalker.

Dominic Monaghan caused more uproar in the Twittersphere when he made some controversial comments about his Lost co-star Matthew Fox. This was during a Q&A on Twitter, when a fan began to encourage him to get Fox on the social network. Monaghan responded curtly, “He beats women. No thanks.” The fan pressed him asking him “What about all the good times you had together?” Monaghan flatly replied, “How do you know we ever did? You don’t know either of us. He beats women. Not isolated incidents. Often.”

It wasn’t long after that Dominic Monaghan defended his Twitter comments in an interview with Vulture, “And I don’t say anything unintentionally. I stand by everything I said. Everything I say defines me, and I don’t apologize for it. It’s an open forum, and people should honor that space. Not only that, if you’re piqued by my comments, go check it out. Do your own research. It’s all out there. It’s not like I’m spilling secrets.”

It took some time, but Fox finally responded to Dominic Monaghan’s accusations in Men’s Journal: “It’s been a long, trying year of sitting on my hands on a lot of negative sh*t said about me, when they’re the furthest things from who I am. In the 46 years I’ve been breathing on this planet, I have never hit a woman before. Never have, never will. I think there’s still gonna be a lot of people out there who’ll think it’s true no matter what. The Cleveland situation, the Monaghan situation – was a pile of bullsh*t, and I’m not gonna waste too much breath on that.”

After Dominic Monaghan made headlines by calling out Matthew Fox’s possible abusive behavior, Monaghan would find himself at the center of his own controversy. This came from a woman who claims that Monaghan continued to send her extremely vile text messages after she turned him down repeatedly. The woman – who didn’t want to give out her name – said they met in a Los Angeles retail store and eventually exchanged phone numbers. When she rebuffed his advances for sex, things between them immediately went south.

She shared some of the gross text messages with Radaronline, texts that Dominic Monaghan eventually confessed as to be true. In one he writes, “Can you do math? My movies have made over 3 billion dollars. The show I’m currently on that I created plays in 120 countries. When did I ever say I wanted to have sex with you?! You appear riddled with herpes n smell odd. I couldn’t invite you to one of my three houses I’d be nervous you would steal shit.”

Lately, Dominic Monaghan has been quiet on the acting front. Star Wars was the last project he was involved in and though he has two projects waiting in the wings, the roles aren’t flying off the shelf for Monaghan. Let’s see if that changes in his near future. 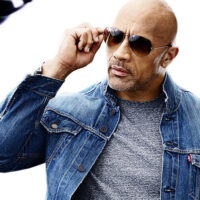