Doctor Who is currently on the search for its newest Time Lord. While that search has certainly thrown around some big-name actors, a forgotten 90s star seems to now be the front runner via a television insider that spoke to The Mirror. They claim that the show is now aiming for a Marvel-type makeover. The idea behind that is to allow the Doctor Who show to spawn a multitude of additional projects that are related to the show. The first step in bringing a new level to the show is by adding Hollywood star, Hugh Grant, to the mix.

Doctor Who has been suffering from bad ratings for quite some time, leaving former showrunner Russell T Davies to take back control. Davies was chiefly responsible for the show’s revival in 2005, which then became a cultural phenomenon. However, after Davies exited the series in 2009, things began to turn from bad to worse. Now Davies has been tasked with arguably replicating his success for the 60th anniversary of the show in 2023. Hugh Grant might have been more well-known during his roles in the 1990s, but he is still a well-known star. One of his more recent roles was that of Fletcher in the Guy Ritchie film, The Gentleman. He was fantastic in that movie. According to the insider, “He offers many attributes – great actor, British, award-winning, Hollywood A-lister and excellent at comedy. Conversations are in progress.”

While this information comes from an insider who then revealed this to The Mirror, it could also be high speculation due to how many rumored Time Lords have been thrown out by that publication. Fans on Reddit quickly divulged how many times a new celebrity was being targeted for Doctor Who. According to the Reddit thread involving the Hugh Grant announcement, another six additional rumors have been posted as a comment. Either The Mirror is doing their due diligence and reporting back rumors that seem substantial, or this is a fiendishly clever ploy to truly make the new Time Lord a deep secret. Quite honestly, it could be Hugh Grant. I mean, why not? Whatever happens, landing Hugh Grant would be huge for the series. Especially if the idea is to bring forth an expanded universe that is said to be the “Marvel” of the Doctor Who universe.

Current showrunner Chris Chibnall and Time Lord Jodie Whittaker are going to be wrapping up their time on the show, leaving Russell Davies to usher in his apparent newly designed universe. While Doctor Who has been on the air since 1963, it has clearly run into trouble. The 2005 revival was needed when people stopped caring so much about the show. That seems to be the cast for the show as of right now as well. It may just be time to shake things up once again. Hugh Grant would be the perfect person to bring forth this shakeup. While it has been heavily rumored to be a bunch of other names as well, Grant might be the one that has had the most success in terms of Hollywood films and otherwise. Davies might have to do something drastic to make sure the series doesn’t go through another era of subpar ratings. 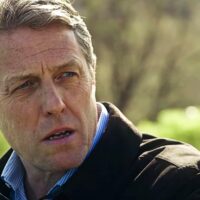 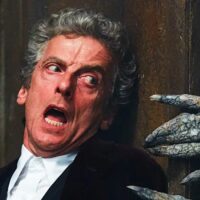