Spider-Man: No Way Home is almost here and it seems like the speculation has barely begun. A TV spot released by Sony Pictures India includes mostly stuff we’ve seen before, but also something new and intriguing. We briefly see Benedict Cumberbatch’s Doctor Strange using magic that calls back to the miniseries that began Disney+’s successful run of original Marvel Cinematic Universe programming: WandaVision.

At eighteen seconds, the TV spot doesn’t give you a lot of time to spot much of anything, but once you know you’re looking for a WandaVision connection, it’s tough to miss. At around the ten second mark you can see Doctor Strange floating above New York Harbor and casting a spell. Surrounding him is a turning ring of glowing runes. You can watch the TV spot below.

In case you forgot: in the beginning of WandaVision‘s eighth episode, “Previously On,” Wanda tries to attack Agatha Harkness, but is powerless because of runes Agatha has cast in her basement. After Wanda accepts her magical origins in the finale, she remembers this and casts her own runes on the borders she’s created around Westview, rendering Agatha powerless instead. Because of this, the runes around Doctor Strange in the TV spot naturally have fans wondering if they’re around him for the same or similar reasons.

If Doctor Strange is casting similar protection runes around himself in the TV spot, and for similar reasons, then exactly who is he protecting himself from? Of the five villains confirmed to appear in Spider-Man: No Way Home, none are of a mystical nature. Such runes wouldn’t protect Strange against Green Goblin’s pumpkin bombs or Lizard’s claws. They’re meant specifically to nullify the abilities of other spellcasters. Does this mean there is a mystic villain in No Way Home?

Perhaps the most obvious possibility is one that is likely — for good reasons — to make anyone used to following Marvel movie and TV speculations groan. He was mentioned all the way through WandaVision, he was mentioned again all the way through Loki, and we apologize but we feel we must mention him again. Yes. You guessed it. Doctor Strange may very well be casting those runes to protect himself from (again, apologies) Mephisto.

Yes, Mephisto — the Marvel supervillain designed to appear as if he stepped right off the cover of a speed metal album. In spite of all the speculation about his involvement in WandaVision and then Loki, he might actually show up this time to throw down with Doctor Strange. Why? Well, in the 2006-7 Marvel Comics event Civil War, Spider-Man revealed his identity willingly to the world. This, predictably, caused a lot of problems. So in his attempts to erase the memories in the 2007 event One More Day, Spidey ran afoul of Mephisto. And trying to erase the memories of his secret identity from the entire world is what causes trouble to start in No Way Home.

At the very least, if Doctor Strange is using those runes for the same reason Agatha Harkness and Wanda use them in WandaVision, then in most likelihood there is an antagonist spell caster in No Way Home. Of course, it doesn’t need to be Mephisto. We’ve been waiting five years for Chiwetel Ejiofor’s Mordo to show up again since he went bad in Doctor Strange‘s post-credits scene. And trying to cast a spell that messes with the memories of everyone in the world would certainly rate as the kind of natural-order-upsetting that Mordo is opposed to. Not to mention with the Multiverse involved, it could be any number of mystical variants. Collider speculates it could be a malevolent variant of Strange himself. We’ll find out this Friday when No Way Home finally hits theaters. 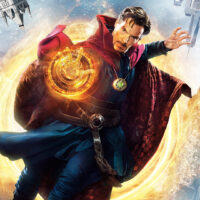