The pandemic hit the working sector very hard when, at the height of the Covid pandemic, numerous businesses and attractions were forced to shut down because of regulations. This was an incredibly difficult time and many industries have failed to recover even years later. With a dwindling workforce, places like Disney’s collection of theme parks, like Disneyland, have struggled to keep enough people around for the experience. And the workers seem to be paying an ever-increasing price on their own wellness and wellbeing when it comes to working there. They claim to be completely overworked and significantly underpaid. In fact, some have reportedly even turned to alternate means to earn enough money to make ends meet. For one that reportedly meant turning to sex work.

According to a report by Inside the Magic about the state of working conditions at Disneyland, many employees of the theme park have claimed significant hardship coming from their time there. Stories surfaced of not making enough at the park to cover basic costs like gas and food. And some had to take drastic steps like sleeping in their car at the park or subsisting on the cheapest food in the grocery store. But one ex-Disneyland worker claims to have taken it a step further, saying they had to turn to sex work because the pay at the park wasn’t high enough.

This claim about the Disneyland conditions came via Reddit in a thread about whether the pay for Disneyland cast members was sufficient or if they had to do other things to make ends meet. Reddit user /NeoKingSerenity chimed in about working there in and around 2006. He said that at the time he did sex work through gay.com and was also an escort. This was because the $800 a month he earned at Disneyland wasn’t going to cut it. Though this came prior to the pandemic, it still highlights some of the issues with the wages being paid at Disneyland. On that end, it doesn’t appear all that much has changed. This Reddit user also said he knew of coworkers who slept in their cars in order to save the gas on the drive home.

It’s been reported that Disneyland employees currently average about $14 per hour depending on the gig they have in the park. And according to Inside the Magic, though the park has raised ticket prices in recent years to combat inflation and other pieces, the pay and salary for workers have not come up at all in that time. This is despite the park working at a lower staffing capacity because much of the workforce didn’t return after the pandemic. So it’s meant increased work for those who remain at the same price point. That’s a rough scene.

While most workers, of course, won’t need to turn to sex work in order to pay the bills, there are just too many examples of Disneyland folks having to go to life extremes in order to still work for the Mouse House. It appears a sad state of affairs.

Tom Hanks Thought His Most Iconic Scene Was Unnecessary 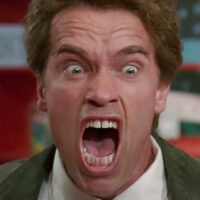