One of the stars of an anticipated new Disney+ reboot has been abruptly removed from the project due to allegations of misconduct.

Related:
Marvel Just Got Rid of One Of Its Controversial Plot Points

Hugo Speer, one of the stars of the upcoming Disney+ adaptation of The Full Monty, has been removed from the series after allegations of “inappropriate conduct.” Per Deadline, the 53-year-old actor was taken off the forthcoming Disney+ adaptation of the award-winning 1997 British film after the company was made aware of allegations against him. Representatives of Disney+ issued a statement in which it was said the company had launched an investigation into the allegations, after which it made the decision to immediately cancel his contract and sever connections to him. Representatives of Hugo Speer have denied the allegations investigated by Disney+ and that the actor will be responding to them.

This particular Disney+ incident comes during a heightened time of awareness about the severity of professional misconduct. Recently, a film production entitled Being Mortal starring Bill Murray, Aziz Ansari, Seth Rogen, and Keke Palmer was suspended indefinitely after unspecified allegations of misconduct against Murray came to light. It is notable that of the four principal stars of a single production, two of them have now had public incidents of misconduct (with Aziz Ansari being accused of sexual misconduct in a widely publicized blog post in 2018). While this particular incident with Hugo Speer and Disney+ might not be as high profile as some others, it demonstrates that there is still a seemingly-continual issue in Hollywood and many other industries with misconduct.

It appears that the Disney+ adaptation of The Full Monty will continue without Hugo Speer. The series is adapting a 1997 film of the same name directed by Peter Cattaneo and written by Academy Award-winner Simon Beaufoy. The original film was a major success in the 1990s, grossing an astonishing $250 million off an estimated $3.5 million budget (making it the highest performing film in the United Kingdom until James Cameron’s Titanic), and being nominated for four Academy Awards, including Best Picture.

The Full Monty does appear to be a slightly odd choice for the largely family-friendly Disney+ streaming platform, which received criticism from parental groups when it began offering somewhat violent and dark Netflix Marvel series like Daredevil and The Punisher. While The Full Monty does not contain significant violence, the premise of the film is a group of unemployed Yorkshire steelworkers deciding to form an all-male, all-nude dance revue. The film was noted for the original actors actually performing nude scenes but especially praised for its portrayal of working-class Britons finding ways to support their community in dire economic circumstances. The new series is set to be a continuation of the story of the original characters and new generations of their families.

The Disney+ series of The Full Monty features returning original actors Robert Carlyle, Mark Addy, Lesley Sharp, Paul Barber, Steve Huison, Wim Snape, Tom Wilkinson, and until the misconduct allegations, Hugo Speer. Simon Beaufoy is also returning to write, as well as producer Uberto Pasolini. Prior to the Disney+ version, The Full Monty has also been adapted as a stage play and as a musical.

See An Iconic Hocus Pocus Star Back From The Dead 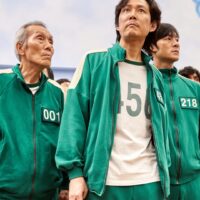