The long-rumored and awaited sequel to Dirty Dancing finally has its director. Dirty Dancing 2 has hired Johnathan Levine to head up the sequel that has been in the works since 2020. Levine has previously directed hits like 50/50 and Long Shot. Levine had been attached to the film as a producer, but now he is set to take the director’s chair. He also co-wrote the screenplay for the film alongside Elizabeth Chomko. Though this sequel has certainly been taking its time to come together, but finally landing a director is a step in the right direction for the follow-up to the 1987 hit. The film will begin production later this year, and Lionsgate Studios is eying a release date of 2024.

Dirty Dancing 2 currently holds the title of Dirty Dancing, but it is not reportedly a reboot of the original film. It will be a sequel that currently holds the same designation as its predecessor. Jennifer Grey is set to reprise her role as Frances “Baby” Houseman in the film, though not much else is known about the plot. It has also been reported that the production team has reached out to the estate of Patrick Swayze to see if they can incorporate the man in some way for the new film. This might be achieved with some sort of CGI technology. Unfortunately, Swayze passed away in 2009, after complications from pancreatic cancer. There are a ton of people that would certainly love to see the man return to one of his most iconic roles.

Dirty Dancing 2 will follow the events of the first film, but will also contain a great deal of nostalgia. Jennifer Grey is reprising her role, but she will also be serving as an executive producer for the sequel as well. There are reports that the film will contain many tracks from the original film and some 90’s era hip hop. According to Levine, “I can’t wait to collaborate with Jennifer to bring this beautiful story of summer and romance and dancing to a generation of new fans. And to the longtime ones, I promise we will not ruin your childhood.” That is a lofty promise to be made by anyone, especially of how classic of a film the original is. It has also been 35 years since the original film debuted, so recapturing the magic from the first Dirty Dancing might also prove difficult. However, if Swayze’s likeness can be used in the film, it might also ignite the fandom for the film all over again.

Dirty Dancing 2 seems to be trying to pick up right where the original film left off. The ever-popular song, “(I’ve Had) The Time of My Life” was the reason the film garnered an Academy Award, so expect to see the song plastered throughout the new film. Also, we might be seeing a Jennifer Grey and Patrick Swayze lift moment happen if his estate allows that to happen. That scene is arguably one of the biggest in cinema history, so it stands to reason to go that route again. Hopefully, this sequel does better than the prequel Dirty Dancing: Havana Nights, which wasn’t met with much fanfare. And always remember, nobody puts Baby in a corner. 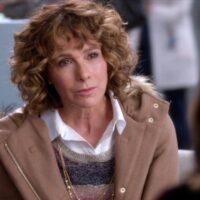 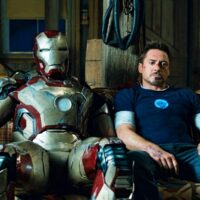 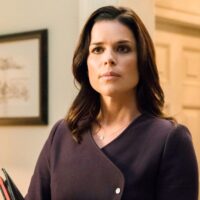