So far, we’ve seen the new Dexter reboot exclusively referred to as season nine for the upcoming project. The previous trailers have reintroduced us to the Michael C. Hall character, showing us where he’s at in his life. No longer Dexter Morgan, he’s going by the name of Jim Lindsay, living in a small town and seeming to be perfectly normal. Now, a new trailer for the series gives it a new name: Dexter New Blood.

See the new Michael C. Hall trailer for Dexter New Blood below, where you can catch up with the man in his life.

There’s a lot more familiarity in this new video from the Showtime series. For example, the original show’s title sequence famously showed Michael C. Hall going about his everyday life, doing things like making breakfast. In a flash quick enough you could have missed it, the Dexter New Blood trailer gives a peek at our main character making breakfast.

Other familiar elements for Dexter New Blood include that face Michael C. Hall makes when we, the audience, know that he’s uncomfortable as a serial killer among everyday people, and wondering why everyone is the way they are, but everyone else just thinks he’s a bit of a loner.

What else can we expect from Dexter New Blood? The new trailer for the series doesn’t show it, but Jennifer Carpenter (who played his sister, Deb) will appear. Possibly, she’ll appear in flashback scenes, or possibly as a ghost. John Lithgow, who played the Trinity Killer, will be appearing. He’s clarified that his role has him in flashback scenes. Julia Jones, previously most well known for her role in the Twilight sequels and on The Mandalorian, is seen in this new trailer as the Chief of Police. She can be spotted in the trailer smiling at Michael C. Hall early on in the trailer and then leaning in toward him. The pair appear to be romantically involved or at least heading that way.

It’s strange to see Michael C. Hall’s character referred to as “Jimbo”. However, this new trailer for Dexter New Blood lets us know that his character is facing the same struggles we’ve seen him face in the past. Here he is, struggling with his dark passenger. Here he is, having a “problem” with blood. And here he is, walking a fine line with local law enforcement. In the original Showtime series, we saw Dexter Morgan working in forensics for the Miami Metro Police Department as a specialist for blood splatter. He was always struggling to keep his secret life as a serial killer hidden from the people he was closest to, and he was always closest to the very people that were the biggest danger to him.

Despite starting this new life as Jim Lindsay, it’s clear that Dexter New Blood will find Michael C. Hall facing the same problems he always has. The new season for the Showtime series will contain ten episodes, which will begin releasing on November 7, 2021. 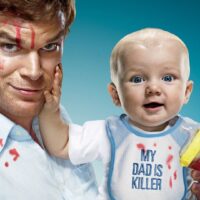 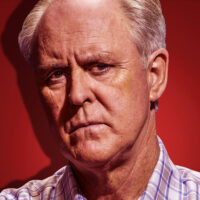 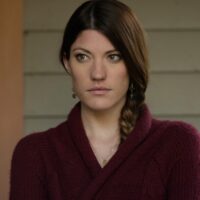