Denzel Washington has always been a big box office draw, though these days that term doesn’t quite have the same weight as in the past. Not with so many movie theaters closed and the pandemic wiping out the bottom line for brick-and-mortar movie houses. But Washington did have a movie hit the screen this past weekend and it took home a pandemic-related record for sales. Every win counts right? It looks like his flick The Little Things has set a couple of marks out of the gate for its box office draw.

Setting a pandemic record isn’t usually the place you want to be these days, with so many of those being of the negative variety. But Denzel Washington rising up and getting some more folks out to theaters has to be considered at least a moderate win. The Little Things, which opened late last week, nabbed $4.8 million at the box office in the United States and $7.6 million worldwide. That earned it two distinctions. Mind you, we are only one month in but it is currently the best-performing movie of 2021. The second had it as the best-performing R-rate movie at the box office since the pandemic began back in March.

The Little Things was released simultaneously on HBO Max and in theaters, marking the first time they’ve done that this year. Of course, Wonder Woman 1984 earned the first, out-of-the-gate distinction for doing this back on Christmas Eve of last year. Considering it’s the new standard operating procedure for productions, the records will likely only continue to be broken. But for now, Denzel Washington is in the 2021 driver’s seat.

The Little Things, featuring Denzel Washington, also has Rami Malek and Jared Leto in a neo-noir psychological thriller about a suspected serial killer and the investigation into a variety of murders. Washington’s Joe “Deke” Deacon is paired with Malek’s Jim Baxter as they try to pin the murders on Albert Sparma (Leto). For its box office draw, the film didn’t perform overly well with critics. It’s currently sitting at 47% on the Tomatometer through almost 170 reviews.

Whether Denzel Washington pulling in some money at the box office begins to turn the tide for movie theaters remains to be seen. In the grand scheme of things, this was still a paltry number for what we are used to seeing around even moderately-hyped films coming to the big screen.  It was a catastrophic year for traditional theaters, seeing sales plummet off the cliff in the wake of pandemic-related closings. It’s unclear if the trend ever reverses considering the new nature of releasing films directly to streaming.

Next up for Denzel Washington is a film adaptation of Macbeth which is currently in post-production. It’s directed by Joel Coen and Washngton will star as Lord Macbeth alongside Frances McDormand as Lady Macbeth. The release date for that film is not yet set. Hopefully by the time it hits we’ve seen the box office numbers only increase across the industry. 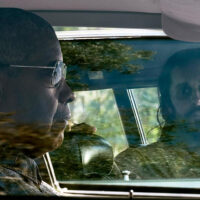 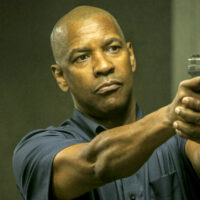 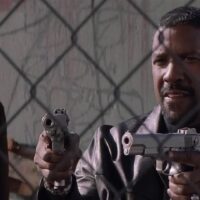