Denzel Washington was offered a role in Seven, which he refused and the part went to Brad Pitt.

By Jonathan Klotz | Published 4 days ago

Denzel Washington has had one of the all-time greatest careers in Hollywood, but the award-winning actor still has one regret over a role he passed up. While his career was on an upswing in the early ’90s, he was offered a role in Seven, which ultimately went to Brad Pitt. Washington made the admission during an interview with CTV out of Toronto.

Seven starred Morgan Freeman and Brad Pitt as detectives racing to stop a serial killer, played by Kevin Spacey, who was motivated by the seven deadly sins. Denzel Washington said that when he first read the script, his reaction was “I was like, man, it’s just too much.” Anyone that has seen the classic thriller understands his sentiment, and is probably wondering which of the many disturbing scenes would be too much for Washington.

Denzel Washington went to see the film in theaters and admitted that while the plot was “too much” for him personally, the end result, according to him, “Then I saw it and I was like, ‘Oh God.’ Evidently it wasn’t for me, it was for Brad all the time. It was just too much when I read it, it was just different when I saw it.”

Turning down the offer to be part of Seven is still a mistake that he regrets. The rest of the cast included Gwyneth Paltrow, R. Lee Emery, John C. McGinley, and Richard Roundtree. Directed by David Fincher, a maestro of the taut, suspenseful thriller, Seven was a massive hit, though it’s not like Denzel Washington doesn’t have plenty of those on his resume.

In the years just after Seven released, Denzel Washington’s regret over passing the role can be seen in some of his movie choices, from Fallen, where he was a detective investigating occult murders, to The Bone Collector. The latter film was with Angelina Jolie and Washington as the mentor detective, as the two try to hunt down a serial killer killing according to an old novel. Each film is similar, on the surface, to Seven, though neither achieved the lasting cultural impact of Fincher’s masterpiece.

Denzel Washington has spent most of his career playing detectives in one form or another, with the occasional foray into historical biopics, including his breakout role as the titular Malcolm X. Lately though, the Training Day star has been focused on his action franchise, The Equalizer, based off of the 1985 television series, which has now become a televisions show again, starring Queen Latifah.

The plot for The Equalizer 3 is under wraps, but it will be the first on-screen reunion between Denzel Washington and Dakota Fanning since 2004’s Man on Fire. Directed by Antoine Fuqua, marking the fifth time that Washington has worked with him, The Equalizer 3 will be released on September 1, 2023. If the film proves to be just as successful as the first two, it will be another of many hits in a long career filled with them, though it’s an amusing “What If?” imagining that one of those hits, was Seven. 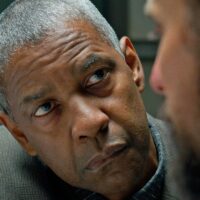 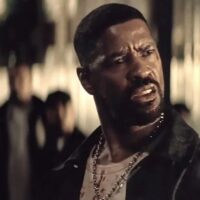