When the average person thinks of Denise Richards, sex appeal is likely one of the first few thoughts the jumps to mind (sorry Real Housewives). The reason for that has a lot to do with one of her very first starring roles in the movie Wild Things. Richards had a handful of leading roles in films like the often criticized Tammy and the T-Rex and was one of the key characters in Paul Verhoeven’s masterpiece Starship Troopers. However, she put herself on the map with the provocative, sexy and twist-filled 1998 movie Wild Things.

The plot, for all its twists and turns, is focused primarily on Denise Richards and Neve Campbell as two high school students from completely different sides of the tracks. The former is a rich spoiled Mean Girl while the latter is a 90s grunge bad girl from the broke part of their fancy Florida yachting community. They come together when they accuse their somewhat dimwitted and sexy guidance counselor (Matt Dillon) of rape. However, when it comes out at trial that they were lying, Dillon secures himself a multi-million dollar settlement — which was all part of their plan.

The twists don’t end there, but in the interest of not spoiling the movie completely, it’s here that it’s worth mentioning that the most memorable part of Wild Things is not its unpredictable plot. Anyone who could buy a ticket to an R-rated movie in 1998 will tell you, it’s all about the sex appeal, specifically that of Denise Richards. As Entertainment Weekly’s Chris Nashawaty noted in 2018 on the film’s 20th anniversary, there’s a reason that it’s still talked about proudly in filmmaking circles and whispered about scandalously in locker rooms. The writer notes that, although it’s not as transgressive as sexy movies like Last Tango in Paris or Blue is the Warmest Color, Wild Things still brought taboo subjects like threesomes, bisexuality and nudity to a mainstream audience. This is thanks in large part to Richards and Campbell not being shy about getting a little risque with their public personas and careers at a time when turning your back on being “family-friendly” was considered career suicide.

Today that’s not the case and many young actresses who are carving out a place for themselves by exploring sexuality in empowering roles for women, believe it or not, have the very frat-bro energy that Denise Richards and Neve Campbell brought to Wild Things. It’s a good thing that the movie is an enduring classic for Richards, too, because it didn’t make a ton of money at the box office in 1998. Box Office Mojo reports that it only earned a total of ​​$30,147,739 in theaters on a reported $20 million budget. While Rotten Tomatoes notes that critics weren’t exactly bowled over by Wild Things at the time either, its hindsight appeal and unparalleled sexiness keep it alive today, even for an audience that’s largely desensitized to such things.

However, just because the movie helped put Denise Richards on the map and launch her to stardom in things like Drop Dead Gorgeous, Love Actually, The World Is Not Enough and, most recently, The Real Housewives of Beverly Hills, doesn’t mean that she’s proud of the movie as a mom. Richards told Yahoo Lifestyle Australia in 2019 that she wasn’t exactly keen to let her daughters, who range from ages 7 to 15, watch the movie any time soon. That’s more than fair, after all, when a film is all about your sex appeal and tasteful (sometimes not) nudity, that can make for terribly awkward dinner conversation after a movie night with the family.

Still, that’s precisely why Denise Richards is so well remembered for her work on Wild Things. At a time when it would have been very easy for her to just play the hot girl in frothy family-friendly comedies, she challenged herself and took on a more thought-provoking and sexually provocative role that woke an entire generation of people up to sexuality in the late 1990s. 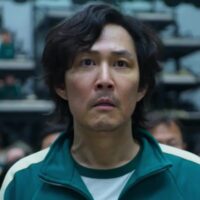 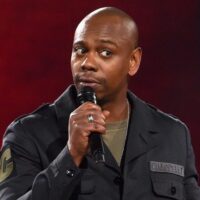 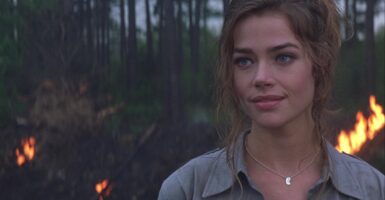 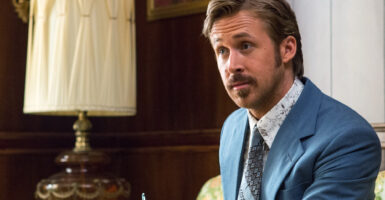