If you take a look at David Zayas’ acting career, you will notice many of his roles revolve around being either a cop or having something to do with law enforcement. For good reason since Zayas was a cop in real life, working for almost 15 years in the New York Police Department before changing careers and becoming a full-time actor. Most notably was his eight-year run on Showtime’s Dexter, playing Dexter’s colleague and “best friend,” Detective Angel Batista.

So, what has Zayas been doing since the end of Dexter? You probably won’t be surprised.

After seeing the 1975 Al Pacino movie, Dog Day Afternoon when he was 13-years-old, David Zayas knew he wanted to be an actor, despite knowing his father wouldn’t like the idea.

“I grew up in the Bronx, my dad was a sanitation man — it was a very blue-collar type of family,” David Zayas said to NPR. When Zayas told his father he wanted to be an actor, “He looked at me like I was thinking outside of the reality of where we were at,” Zayas said. “And I respected my father. He was a good man, he was a good father, so I kind of like, really just put it in the back of my head. I really didn’t pursue it much.”

Instead, David Zayas joined the Air Force, and after that, he decided to join the NYPD. For the next 15 years, Zayas fought real crime on the streets of New York. “The crack epidemic was pretty high,” he told NPR. “It was a time where there was a lot of violence in New York. It was pretty intense back then.” He added more via the NY Daily News, “I was stationed in Washington Heights at the height of the crack wars. Then I was transferred to Task Force, where I was sent to all the hot spots in Crown Heights, Tompkins Square Park and back to Washington Heights.”

Even though Zayas was proud he never had to use his gun, the job eventually burnt him out. With the added stress of a divorce from his first wife and declaring bankruptcy, Zayas decided now was the time to change things up. “I went to an acting school while I was a cop still,” Zayas said. “The moment I was involved in that world, it electrified me and I realized that it was something that I wanted to do.”

David Zayas began his acting career while he was still an NYPD cop. He tried to keep his side-gig a secret, but found it hard to hide, especially since he would practice for auditions with his partner. “I remember riding in the cars with him during the midnight shifts and he would run lines with me for my audition the next day,” Zayas says. “And he was a pretty good actor so it was a good time.”

It was during David Zayas’ first audition that he would meet his current wife, actress Lisa Colón, and the couple would perform in six plays together. His stage performances led him to his first TV role on Law & Order and then New York Undercover. From there, Zayas was cast in more TV and film projects, most of them in cop roles.

David Zayas’ first few years as an actor were filled with bit parts. He got his first big break in the 2000 TV series The Beat. In the same year, he was cast in a recurring role as Enrique Morales on the gritty HBO prison drama Oz. Zayas’ ability to play darker roles allowed him to expand from being just a cop to crossing over to the criminal side. He relished the bad guy roles, playing a crooked cop in 16 Blocks and eventually, a gangster on the Fox series Gotham.

David Zayas was cast in the role of Sergeant – and then Lieutenant – Angel Batista for eight seasons on the serial killer series Dexter. Batista was often seen teaming up with Michael C. Hall’s Dexter, helping each other solve cases, while also calling Dexter his best friend. As the series concluded, Batista buys Dexter’s claim of self-defense after Dexter was seen killing another serial killer, Oliver Saxon, on a security camera. In Batista’s last moments on the series, he is seen receiving the news of Dexter’s death, which he doesn’t know has been faked.

Recently, Showtime revealed that it was bringing back the blood-splattered series Dexter for a limited engagement. There is very little known about the new series, except that Michael C. Hall will return as our favorite serial killer and Clyde Phillips will return as showrunner. This, of course, leaves many questions without answers, including where has Dexter been, and will David Zayas return as his best friend?

Dexter has been off the air for seven years now., but not long after Dexter concluded, Zayas nabbed the role of Sal Maroni on the Batman-prequel TV series Gotham. Unlike many of the super-villains portrayed on the show, Zayas’ Maroni played a more typical gangster character. He followed that up with time on series such as Bloodline, Shut Eye, Quantico, Chicago P.D., Deadly Class, and finally, as Governor Martin Mendez on the police drama Blue Bloods.

David Zayas’ time after Dexter hasn’t been regulated only to TV. He has also done plenty of work on feature films, playing both the good guy and the bad guy. He has been seen in Ride, The Wannabe, Tallulah, Shine, Body Cam, and Force of Nature. Zayas has found his niche, and he hasn’t strayed far from it. Playing multiple cop roles has brought him tremendous success as an actor and for the foreseeable future, it looks like his success as a cop, good or bad, will continue. 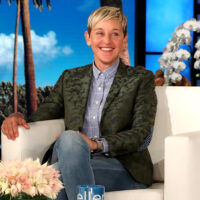