Dave Bautista has already proven he has the chops to headline big action flicks. And he’s already got some superhero work on the resume. So the future is bright for the actor even if he is planning on leaving the Marvel Cinematic Universe sooner rather than later. So it isn’t all that surprising to hear he might want in on another franchise if there’s an opening. Insider Daniel Richtman has it that Bautista wants in on the Batman franchise even if the character of Bane isn’t available. One would think there would still be other roles that would line up for the actor.

There had been some rumors swirling for a while that Dave Bautista would be interested in playing Bane in some fashion within the Batman universe. The casting would make sense considering Bautista’s overall physique and demeanor. He’d be able to bring something to the character that we haven’t quite seen in the past with other feature film iterations. That being said, from this latest Richtman rumor it looks like he’s willing to go beyond that particular role and would just like to be part of a new comic book world if there was something else that lined up.

Where Dave Bautista would fit into other castings in the Batman universe remains to be seen. If Bane was off the table, there’s some chance something else lines up. Maybe as Mr. Freeze who has been rumored to be entering the Batverse sooner than later as well. Giant Freakin Robot had the exclusive that Robert Pattinson’s The Batman is going to set up the reintroduction of His Coldness. With that world ever-expanding, building out the full complement of characters from Batman’s universe, Bautista would definitely fit the bill as Dr. Victor Fries if they went that direction. It would be more in the Arnold Schwarzenegger vein.

But Dave Bautista could definitely play other characters here as well. Plenty of villains of the like are in Batman’s orbit. Deathstroke is set to join the franchise soon and Bautista could go the Killer Croc route as well. Or what about Solomon Grundy? If Bautista is eyeing a role here, there are more than a few ways to take things.

One reason this kind of casting rumor can start circulating for Dave Bautista is that he’s already signaled he’s done with playing Drax the Destroyer after this next Guardians of the Galaxy movie. It will be the third in the franchise and his character has also overlapped some of the Avengers’ storylines as well. But Bautista is stepping away, not wanting to continue with the character going forward.

But it’s not like he’s going to be, or has been, light on work. Dave Bautista just came out with Army of the Dead on Netflix, Zack Snyder’s zombie heist film with the former fighting his way through Las Vegas and a horde of the undead trying to get out with the cash. His character could carry his own when it came to the fighting, but had some heart as well.

Plus, he’s got Dune coming out later this year which is likely to take a franchise turn as well. And because of his relationship with Netflix has been cast in the Knives Out sequel too. The high-profile roles just keep pouring in for the actor and he’s shown the ability to play heavy on the action, but can dial it back some if the occasion arises. In this way, there’s a lot of flexibility for Bautista if he wants to enter the Batman universe and it doesn’t need to just be Bane. 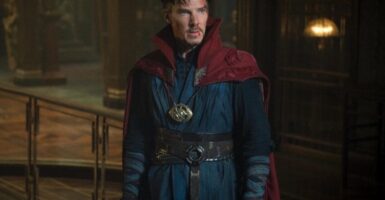