Dave Bautista is fast becoming one of those celebrities comfortable with telling you what he really thinks. At least, some of what he really thinks. Recently, he’s let fans know that he wasn’t in Marvel’s What If series on Disney+ because he was never asked. He’s said a few times that he felt Drax should have had a solo movie. His frustrations have been becoming more clear as he becomes more vocal. Now, he’s pointing out a story choice that he feels was swept under the rug. In his latest tweet, he responds to a fan hoping to see Drax The Destroyer get a happy ending now that Thanos is gone. He replied with some apparent frustration and disappointment.

Fans of Guardians of the Galaxy are likely to agree with Dave Bautista’s frustration here. In the first Guardians of the Galaxy movie, we met Bautista as Drax the Destroyer. He’s this big tough brute who says honest things from his own perspective, a lot of them with the understanding that he feels violence is pretty funny. We soon learn that Thanos killed his family. Revenge is his true motivation in all things. While he may be bonding with the other Guardians in the film, what Drax really wants is to see Thanos dead. Who doesn’t love a good revenge plot? Characters out for revenge for their dead families are often winners with audiences. Look at Inigo Montoya from The Princess Bride. Most of us know the words the character repeated in the film. “Hello, my name is Inigo Montoya. You killed my father. Prepare to die.”

Revenging the death of his family was a motivation that made Dave Bautista’s character understandable to the audience. With Thanos dead, how is Drax feeling? How will he find his true north? This is such an interesting character question. If the person who murdered Drax’s family is now dead, and the mission that has been driving Drax is over, does he feel at peace and better able to appreciate where he’s at in life? Does he feel lost? Has his revenge helped him accept what is? How does his upbringing on his own planet, in his own culture, affect how he sees these things?

Most fans don’t need as many answers as some may crave, but Drax deserves to have some of this addressed. The audience deserves at least a peek at where Dave Bautista’s character is at with this kind of resolution. Can you imagine if The Princess Bride introduced Inigo Montoya, gave him that line, and then we never got to see him get his revenge? Or if in Kill Bill, we never saw The Bride kill bill? What kind of story is that?

Unfortunately, based on this frustrated tweet from Dave Bautista, many may now be nervous to see Guardians of the Galaxy Vol 3 when it releases in May 2023. That’s going to be the last movie where we see Dave Bautista play Drax. It sounds like the actor knows what happens and that it wasn’t enough for him. Will it be enough for the audience? Were his frustrations about the end of Drax’s storyline in total, or just that he didn’t get a great moment in Endgame? Should fans be getting nervous? Right now, there’s still time to make sure Drax’s story gets a satisfying end. Hopefully, that’s going to be a priority and audiences won’t see the character continue to be swept under the rug, as Dave Bautista feels is already happening. 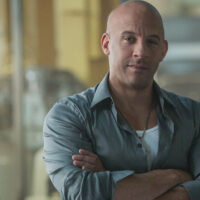