Ever since Charlie Cox was spotted on the set of Spider-Man 3, the Internet has been flooded with rumors about Daredevil finally joining the Marvel Cinematic Universe. Though Marvel has yet to confirm that Daredevil will be appearing in future projects, this hasn’t stopped fans from excitedly trying to figure out what this means for the future of the hero. But yet another new rumor suggests that the Daredevil series could be getting a reboot.

Gossip entertainment writer Daniel Richtman has posted the rumor about the reboot on his Patreon, saying that Charlie Cox will come back as Daredevil, however, some other parts of the Netflix version of the show and connected shows will be ignored. This rumor makes it sound like this isn’t so much a reboot as a continuation that avoids certain elements of the Netflix series and the other shows that tied into Daredevil. It seems a bit strange to pick-and-choose what they bring over and ignore the rest, despite Charlie Cox’s portrayal already having a dedicated following.

It seems like rebooting Daredevil with the same actor, yet ignoring a substantial amount of stuff that happened in the previous show, would be extremely confusing. The smarter move might be to introduce Daredevil into Spider-Man 3 as a new character in the Marvel Cinematic Universe, without giving the character his own second show. That way, the audience that watched the Netflix series can bring that experience to the character, but those who aren’t familiar can just focus on the introduction of Daredevil into the Marvel Cinematic Universe.

While Netflix did have an extensive, intertwining lineup of Marvel characters, including Daredevil, The Punisher, Iron Fist, Jessica Jones, and Luke Cage, the streaming service unceremoniously dropped all Marvel series a few years ago. It’s still unclear why Netflix canceled such high-profile series from their service, but it’s possible Marvel decided to shift at least some of these characters into the Marvel Cinematic Universe.

With Spider-Man 3 supposedly dealing with multiverses, it’s also extremely possible that Spider-Man could simply find a way to visit the world of Marvel characters in Netflix and bring them into the Marvel Cinematic Universe. But since these Netflix shows were never originally intended as part of the Marvel Cinematic Universe, it seems highly unlikely that Marvel will make these shows required viewing for those unfamiliar with these series.

Regardless, we won’t have to wait long to see how Charlie Cox and Daredevil are involved in the Marvel Cinematic Universe, as the third Spider-Man film comes out on December 17, 2021. 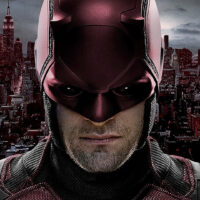 Charlie Cox To Return As Daredevil In She-Hulk Too 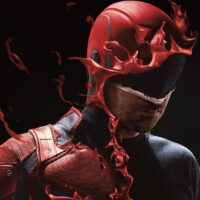