When it comes to Netflix’s Daredevil series, one thing can’t be denied. It was a great show. It ran for three seasons, totaling 39 episodes, and was widely critically and fan praised for its grit and ability to connect with the show’s characters. Charlie Cox was amazing as Matt Murdock and when Vincent D’Onofrio was on-screen as Kingpin, the pairing was electric. But if there was one complaint that rang true from just about all in attendance, it was the fact that Murdoch’s Daredevil costume was not as comic-book accurate as it could have been. That’s about to change.

Mikey Sutton of Geekosity is reporting that the reboot of the Daredevil character, which is said to be making his Marvel Cinematic Universe debut in Spider-Man 3, will have “The Man Without Fear” donning his familiar red costume but this time it will have the trademark DD logo on the front, something that was sorely lacking in the Netflix series and something that fans weren’t all too pleased with. Not only were fans displeased that Daredevil didn’t have the iconic DD logo, but it was also troublesome to many that it took the entire first season to get Murdock into his Daredevil costume. Of course, those things were more of an annoyance as they didn’t keep fans from tuning in.

Now that Marvel Studios has Daredevil under its wing (Netflix completely severed its ties to Marvel in 2019), prevailing wisdom says that Marvel has plans to jump headlong back into the Daredevil business, and bringing him aboard the Spider-Man 3 venture is a perfect way to do it. They are New York superheroes, Daredevil doing most of his good deeds in Hell’s Kitchen, whereas Spider-Man takes on anything and everything inside New York. The best news of all, besides the DD logo, is the fact that there will be no recasting when it comes to Matt Murdock. Charlie Cox is Daredevil, and Daredevil is Charlie Cox.

Following the events of Spider-Man: Far From Home, it is easy to see how Marvel can bring Matt Murdock into the fold. With the mid-credit scene having J. Jonah Jameson announcing to the world that Peter Parker is Spider-Man, Parker will probably need some legal assistance. Enter Matt Murdock. Now how all this plays with the multiverse as the backdrop remains to be seen. We do know that Alfred Molina and Jamie Foxx will be reprising their roles as Doc Ock and Electro, but those two were from different versions of Spider-Man. We also know that Tobey Maguire and Andrew Garfield will be showing up as their versions of Spider-Man. So, which version of Charlie Cox’s Daredevil we will see is an unknown. We also don’t know if any of Daredevil’s villains will accompany him. D’Onofrio’s Wilson Fisk/Kingpin is a common enemy of both Spider-Man and Daredevil, so if any do follow, he would be the most logical.

Fans of Daredevil are hoping this is just the tip of the iceberg. With all the hoopla surrounding each Marvel property heading to the Disney+ streamer, why not carve out some room for the Man Without Fear (Hello, Secret Invasion)? It could be that Marvel/Disney is using the Spider-Man platform to gauge continued interest in Daredevil. They should already know, though, that Charlie Cox as Daredevil is already high up on the interest ladder, and the fact that his appearance in Spider-Man 3 will include his red suit and its trademark DD logo is music to Daredevil fans everywhere. 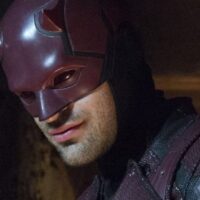 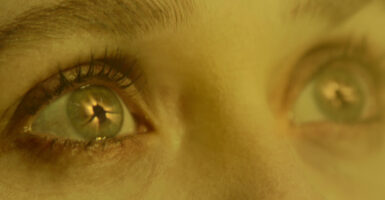