Danny DeVito once voiced Phil in the animated Hercules film, and now the actor has called out the live-action remake for one reason.

American actor Danny DeVito has been delighting audiences for 50 years with performances that range from nostalgic to bombastic characters. In a career that has taken place on the stage and screen, DeVito has become one of the most sought-after actors of his generation. Currently seen on the long-running television comedy It’s Always Sunny in Philadelphia as Frank Reynolds, DeVito knows how to provide depth to otherwise loathsome personalities. He has been seen on television and in film, while likewise providing voice-over work in a slew of animated features. Now, it appears that Danny DeVito is calling out the live-action remake of Hercules, and he may have a point with his concern for the film.

According to a report by The Wrap, Danny DeVito is making noise about Disney’s decision to remake the animated film Hercules into a live-action movie, mainly because the actor has not been cast in it yet. In his interview with Wired, Danny DeVito noted to a fan who asked about the actor appearing in Disney’s live-action version of Hercules that “If they don’t put me in that, they don’t have a hair on their ass.” At this point, DeVito has not been confirmed to reprise his role as Phil or take on another part in the new adaptation, as no casting decisions have been made. Deadline reports that Guy Ritchie has been tapped to direct the live-action remake since he successfully transformed the animated Disney movie Aladdin into the 2019 live-action version that starred Will Smith. Marvel Cinematic Universe alums Joe and Anthony Russo will be producing the new Hercules after the pair finish their upcoming sequel, Extraction 2, starring Chris Hemsworth and Golshifteh Farahani.

For those that remember the 1997 original film, DeVito portrayed Phil, the half-man half-goat creature who trained Hercules (Tate Donovan) and other heroes that existed in Ancient Greece. The movie went on to gross over $250 million against a budget of $85 million, which aligned with Disney’s expectations for many of its animated films of the era. Hercules joined The Little Mermaid, The Hunchback of Notre Dame, Beauty and the Beast, and The Lion King in what was referred to as the Disney Renaissance during that time.

While Danny DeVito’s comments about Hercules may have been made in jest, the actor is pretty well respected in the entertainment industry as a consummate performer. Beginning with time on the off-Broadway stage in an early production of One Flew Over the Cuckoo’s Nest, DeVito took his role as Martini to the film adaptation that ended up winning Best Picture at the Academy Awards. DeVito himself has been nominated for an Academy Award for producing the 2000 dramatic film Erin Brockovich and has earned a Primetime Emmy Award for his work as Louie De Palma on the sitcom Taxi. He took his talents to the director’s chair, where he helmed several projects, including Throw Momma from the Train, The War of the Roses, and the dark comedy Death to Smoochy. He will next be featured alongside Owen Wilson, Rosario Dawson, and Jared Leto in Disney’s Haunted Mansion, set to debut in March 2023. 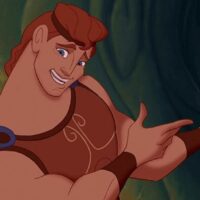 Star Wars Boss Kathleen Kennedy Next To Be Fired?