Johnny Depp loves Wizard of Oz, Zendaya watches the Harry Potter movies daily, and Benedict Cumberpatch praises Indiana Jones and the Raiders of the Lost Ark, your favorite actor in your favorite film also has a favorite movie of their own. These movies that the most prominent actors in Hollywood list as their favorite films are often responsible for bringing your favorites into the industry and inspiring them to hone their craft, as Brad Pitt says about Butch Cassidy and the Sundance Kid. According to Deadline, in an interview at the London Film Festival, Daniel Craig became the next actor to reveal his favorite movie, and it was Disney’s Bedknobs and Broomsticks, starring his co-star Angela Lansbury.

The late Angela Lansbury is best known for her lead role in the long-running crime series, Murder She Wrote, which was nominated for ten Golden Globes and 12 Emmy Awards, setting a record for women in a lead role at the time. She also appeared in Blue Hawaii alongside Elvis Pressley and, of course, was introduced to a brand new audience when she took on the voice role of Mrs. Potts in Disney’s animated feature Beauty and the Beast. For Daniel Craig, his favorite movie of all time was her leading role in Disney’s 1971 feature, Bedknobs and Broomsticks.

Daniel Craig’s favorite movie follows a witch in training who comes to care for three children who help her save the witching school using an enchanted bed. The rights to the film were initially purchased to take the place of Mary Poppins, which had a production that was put on hold; once Julie Andrews and Marry Poppins were back on track, Bedknobs and Broomsticks was shelved due to their similarities. The movie was notable, along with many others of the time, for its mix of animation and live-action.

Angela Lansbury’s final movie is ironically a film where she will share the screen with Daniel Craig, Glass Onion: A Knives Out Mystery. In a sequel to Knives Out, this installment sees a group of friends aboard a millionaire’s yacht only to become embroiled in a mystery involving a dead body. Craig returns as the brilliant southern detective Benoit Blanc along with Edward Norton, Dave Bautista, Jessica Henwich, Kate Hudson, Kathryn Hahn, Leslie Odom Jr., Ethan Hawk, Hugh Grant, Natasha Lyonne, and Stephen Sondheim.

The film will release for a limited theater run of one week beginning November 23, with a debut on Netflix immediately following it. The James Bond actor remarked that they were blessed to have a talent like the legendary Angela Lansbury, saying she had an incredible life. Rian Johnson, who directed Daniel Craig in the first movie as well, revealed that both Lansbury and Sondheim were very generous with their time and that he didn’t think either of them would do it.

But he was happy he got an opportunity to tell them how much their work means to him. Fans not only get to see their favorite retired James Bond in action once again, but they also get to see the final performance of another great fictional detective. 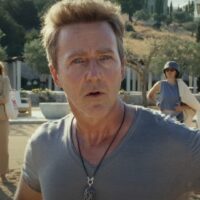 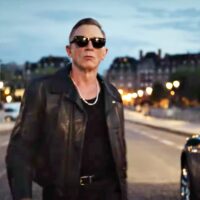