For those who have not seen Doctor Strange in the Multiverse of Madness, look away immediately, as this article will contain heavy spoilers. Doctor Strange 2 came out and saw arguably one of the biggest cameos in the form of a fan-favorite selection for Mister Fantastic aka Reed Richards of the Fantastic 4. None other than John Krasinski took on the mantle of “The World’s Smartest Man” as he appeared as part of The Illuminati, which is the secret council of Marvel heroes. But more recently, it had been revealed that Daniel Craig turned down the role to cameo in the film, at least as a variant of Reed Richards. Now some fan art has surfaced which sees the former 007 star in full a full Mister Fantastic get up. You can see the photo below:

The multiverse was opened completely in Doctor Strange 2, as America Chavez used her timeline traveling powers to keep herself and Doctor Strange away from the crazed and murderous Scarlet Witch. However, due to these powers and Strange coming into possession of the Dark Hold, he was viewed as a massive threat and placed before The Illuminati. This council saw different variants of some of the best characters. John Krasinski as Reed Richards, Hayley Atwell as Captain Carter, and Patrick Stewart returning as Professor Xavier. However, they were all mercilessly killed by the Scarlet Witch, but that does not mean they are not to return to the MCU. Those were all variants, as indicated by the multiverse. So, Daniel Craig could have popped in for a moment, as he was to be “killed off” anyway. However, the actor declined this role before Krasinski was then brought in.

Daniel Craig may have declined the role of Reed Richards, simply because he did not want to be viewed as some afterthought in the MCU. Which, because of what happened in those scenes, that would have certainly been the case. John Krasinski was brought in as most fans have been clamoring for the man to take on the role of Reed Richards and direct the upcoming Fantastic 4 MCU movie. With how things played out, that could now be the case. Craig may have finally broken into the superhero world, only to be killed off in spectacular fashion. He is James Bond, after all, which is sort of a superhero. However, killing off Craig so easily would have upset a lot more fans. Especially if there were no other plans to bring him back in a more expanded role.

As of right now, the Fantastic 4 movie is slowly moving towards becoming a reality. The producers from the highly successful Moon Knight series have joined the new reboot, which is already great news. There are rumors that John Krasinski is going to reprise his role as Reed Richards and quite possibly direct the new feature. Sadly, there will be no MCU debut for Daniel Craig just yet, though he does look great in the full Mister Fantastic costume and facial hair. 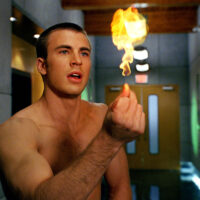