Dancing With The Stars Best Judge Is Leaving The Show

Dancing with the Stars' Len Goodman is retiring from the show.

As far as reality competition television shows go, ABC’s Dancing with the Stars is probably the definitive entry into the long-running genre. Since debuting in 2005, the dance competition series has seen its fair share of judges and celebrity contestants come and go, from the likes of Mario Lopez and Euphoria star Zendaya to the hosting duties of Tyra Banks. Now, Deadline reports that veteran television personality and longtime judge Len Goodman will be stepping away from the series altogether, departing Dancing with the Stars after its current 31st season on the air.

Len Goodman has been a judge on Dancing with the Stars since it began in the United States, coming from a judging background in his native England on Strictly Come Dancing. His decision to leave the mirror ball behind was most likely not an easy one to make, noting that “It’s been a huge pleasure to be a huge part of such a wonderful show.” Goodman was a judge on Strictly Come Dancing from 2004 to 2016, simultaneously taking on judging duties in the United States on Dancing with the Stars for 31 seasons as well as running a ballroom dance school outside of London.

Dancing with the Stars premiered in 2005 on ABC and instantly became a welcome addition to the network as a place where viewers can watch some of their favorite celebrities compete for a chance to win the coveted mirror ball. The series has seen unbelievable ratings as it often pairs celebrities with a professional dance partner, and the couples have to perform several different types of dances each week in an attempt to not be eliminated in front of all of America. Several professional dancers have become household names in the years since the show first became a hit, including Cheryl Burke, Maksim Chmerkovskiy, Peta Murgatroyd, Julianne Hough, and her brother Derek Hough.

Currently, Len Goodman shares the judges panel on Dancing with the Stars with Carrie Ann Inaba and Bruno Tonioli, who have also been with the series since its inception. The series has seen several different hosts since its debut, including former America’s Funniest Home Videos host Tom Bergeron, Lisa Canning, Samantha Harris, Erin Andrews, Tyra Banks, and Alfonso Ribeiro. Banks is currently serving as executive producer on the competition show, which includes celebrity contestants that range from The Real Housewives of New Jersey star Teresa Guidice to actor Selma Blair.

Dancing with the Stars might be known for its longtime hosts like Len Goodman, but it seems to be the celebrity contestants that end up bringing in the ratings for the dance competition series that has lasted 17 years. Several notable names have joined the show to compete in an attempt to get their name out into the public’s attention and try to establish a brand in order to gain recognition for larger careers outside of reality television. Some famous faces that have gone on to bigger endeavors after competing on Dancing with the Stars includes Fox News host Tucker Carlson, billionaire Mark Cuban, reality superstar Kim Kardashian, actor Melissa Joan Hart, Leah Remini, and comedian Margaret Cho. 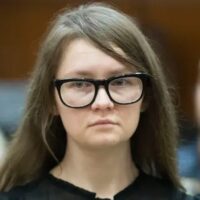 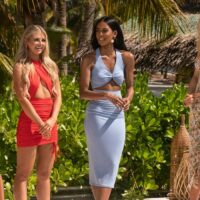 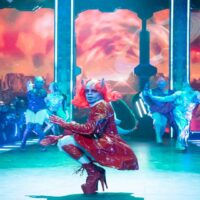 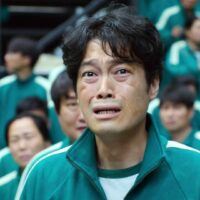