By Britta DeVore | 22 seconds ago

Proving to perhaps be as undead as its subject matter, it sounds like The Vampire Diaries will be receiving another spinoff. While Legacies, which was in itself a spinoff of the hit CW series, bowed out on Thursday night after its four-season run, Vampire Diaries co-creator and Legacies creator Julie Plec teased the possibility of more stories to come from the supernatural, blood-sucking world. During a sit-down with Entertainment Weekly, Plec revealed that another Vampire Diaries-centered idea is in the works, but hasn’t settled on a television reveal date as of yet.

During her interview, Plec expressed the cast and crew’s original desire to keep Legacies up and running until the new The Vampire Diaries spin-off franchise would be waiting in the wings. Unfortunately, this just didn’t turn out to be the case as, while those behind the future series have dreamt it up, it hasn’t made its way to written form just yet. But to fans who have long been awaiting more stories surrounding the CW hit, Plec insists that “There will be another one,” noting that she is just as disappointed as fans to “take a beat” in between the show’s other stories.

Initially hitting the airwaves back in 2009, The Vampire Diaries would see massive success among its teen-based audience. Running for eight seasons, the series was based on the books of the same name by author L.J. Smith. The series starred Nina Dobrev (who left during Season 6, but would come back to reprise her character), Paul Wesley, Ian Somerhalder, Steven R. McQueen (who also left during Season 6, but would come back in the final season), Kat Graham, Candice King, and Zach Roerig among others. Along with Legacies, the show also spawned another offshoot titled, The Originals.

The Vampire Diaries spin-off, Legacies followed the story of Klaus Mikaelson and Hayley Marshall’s daughter, Hope Mikaelson (Danielle Rose Russell). Tough as nails, Hope comes from a bloodline filled with dominant vampires, werewolves, and witches. The series picks up two years following the happenings of The Originals with a now 17-year-old Hope heading off to the Salvatore School for the Young and Gifted – think of it as Hogwarts, but for supernatural teens. It’s at the school that the students are given the opportunity to hone in on their otherworldly powers, but as with everything in the world of The Vampire Diaries, sinister roadblocks stand in Hope and the rest of her peers’ ways. The series also starred Aria Shahghasemi, Kaylee Bryant, Jenny Boyd, Quincy Fouse, Peyton Alex Smith, Matt Davis, Chris Lee, Ben Levin, Leo Howard, and Omono Okojie.

As for the next story in The Vampire Diaries franchise, things are still up in the air. Other than letting fans in on the information that several ideas were beginning to take shape, Plec left much up for the imagination. But, with the series in her very capable hands, we’re trusting that Plec and her team will be pulling out all the stops and getting the new series up and running as soon as they’re able to. As the universe’s creator puts it, “There’s more to do.” 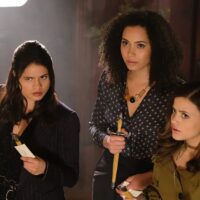 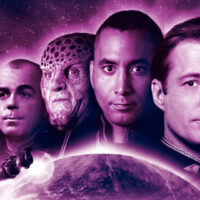 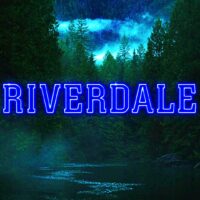 Lethal Weapon 5: It’s Official, Mel Gibson Is Not Too Old For This 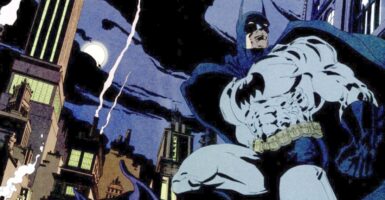 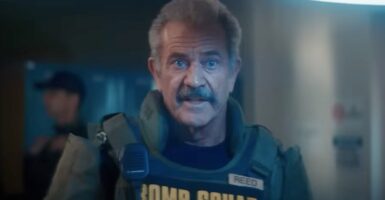