Senators Call For Criminal Investigation Of Netflix Over Cuties

Netflix has made some questionable decisions in the past, many coming from their decisions to cancel popular shows. But this new questionable decision may be their most controversial. The streaming giant has not only chosen to stream the hot-button movie Cuties, but they are also firmly in the movie’s corner. Netflix is coming out fighting against 2020’s version of cancel culture.

Cuties, known in its native French as Mignonnes, is the creation of Franco-Senegalese director Maïmouna Doucouré. The description of the coming-of-age story seems innocent enough. It tells of Amy, an 11-year old Senegalese immigrant, who moves to Paris with her family. Her family is a traditional Muslim one, which means women are considered and treated as second-class citizens. Amy’s father just got engaged to a second woman back in Senegal and is wanting to bring her back to France so she can live with the family in their small apartment. Amy is learning the hard way just how women are treated. The women are even told during their many religious meetings that they are to obey their husbands, regardless. This edict is pounded into them by La tante (or Auntie), a community elder.

Amy is immediately fascinated by a group of girls at her new school. They are part of a dance crew and are shown to bump and grind as they begin practice for one of their new routines. In Mean Girls fashion, they pick on Amy at first, but Amy is smart, and she finds a way to join the crew: by inventing even more outrageous moves for them to dance to. Here is where the controversy begins and ends.

THE SENATORS AGAINST CUTIES

The line-up going to battle against Netflix is quite formidable and conservative. First up is U.S. Senator Ted Cruz (R-Texas). He is asking the Justice Department to look into whether the makers of the film and even Netflix have violated federal laws as it pertains to child pornography. Cruz says the movie sexualizes pre-adolescent teens and because of this Cruz has sent a letter to U.S. Attorney General Bill Barr asking him to begin a criminal investigation.

Cruz also added in his missive, “The film routinely fetishizes and sexualizes these pre-adolescent girls as they perform dances simulating sexual conduct in revealing clothing, including at least one scene with partial child nudity. These scenes in and of themselves are harmful. And it is likely that the filming of this movie created even more explicit and abusive scenes, and that pedophiles across the world in the future will manipulate and imitate this film in abusive ways.” He ends his letter to Barr with his call to action. His entire letter can be read here.

U.S. Senator Mike Lee (R-Utah) is up next. He says he may also be asking the U.S. Attorney General to look into claims of the movie violating child exploitation laws. He has called upon Netflix to stop streaming the movie in what he calls “interest of protecting children in both the United States and internationally from this horrible abuse.” He penned a letter to Netflix, informing them that he and his staff would be reviewing the film to determine if they need to refer it to federal law enforcement.

In his letter to Netflix, he asked them, “It would be most helpful if you could provide my office with an explanation on your views as to whether or not the potential exploitation of minors in this film constitutes criminal behavior by Friday, Sept 18, 2020,” a date which is quickly approaching. Even though Lee acknowledges the film deals with other subjects with a broader storyline, its “sexualization of young girls — if not itself the sexual exploitation of the child actors — will certainly contribute to child sexual exploitation by others.” His letter to Netflix can be seen here.

POWER TO THE PEOPLE

The cancel culture is being heard. #CANCELNETFLIX is trending and people are beginning to notice. Even though Netflix has gained a large number of customers during the COVID-19 pandemic, the number of cancellations is beginning to grow and show. Conservatives lead the way but not without their urging of liberals and moderates to join in. One Twitter user, Michael Phillips, wrote to all, “Do not let political divides steer us away from canceling Cuties. Regardless if you’re voting for Trump or Biden in November, America, stand up for what is right.”

Matt Walsh, a conservative columnist, and podcaster, recently wrote that the film “is a commentary on child sexual exploitation in the same way that Texas Chainsaw Massacre is a commentary on violence in film. Which is to say, it is not a commentary at all. It is a gratuitous exhibition of the thing it supposedly means to criticize.” So it is easy to see why many won’t even choose to give the movie a viewing.

Petitions have been started to get Netflix to stop the streaming. One has well over  200,000 signatures and has urged Netflix to remove the movie. It also speaks of the controversial artwork Netflix had posted to advertise the film. “THIS PROBLEM ISNT THE ARTWORK ITS THE FACT ITS ABOUT TWERKING ELEVEN YEAR OLDS FOR ADULT VIEWING PLEASURE,” read the petition. “TAKE IT DOWN WE HAVE THE SCREENSHOTS.”

Netflix first responded by doing what was asked: pulling the artwork. A Netflix spokesperson said in a statement, “We’re deeply sorry for the inappropriate artwork that we used for Mignonnes/Cuties. It was not OK, nor was it representative of this French film which won an award at Sundance. We’ve now updated the pictures and description.”

Here is a look of the original artwork via a tweet.

So the artwork has been re-tooled, but the film itself stays. Netflix doubled-down by once again backing the movie in this statement,  “It’s an award-winning film and a powerful story about the pressure young girls face on social media and from society more generally growing up — and we’d encourage anyone who cares about these important issues to watch the movie.”

Cuties is an award-winning movie. As previously mentioned, the film won World Cinema Dramatic Directing Award at the Sundance Film Festival in Park City, Utah and it also received a special mention at the Berlinale Festival in Germany. The film must have some redeeming value, right?

IS IT THE SAME MESSAGE?

When you stop to think about it, conservatives and the Cuties filmmakers both claim to be backing the same message – rally against the sexualization of young girls. The senators and their followers want to see it removed from all eyes because of the message, but Doucouré claims it was after she had attended an event in Paris that the idea of how to fight this came to her. “I was so shocked,” she said. “For me, it was just, ‘Oh my God. What am I seeing?’” She added that many of the parents in the audience were wearing the traditional religious dress, which to her was a fascinating culture shock. It was her impetus to explore.

As with most things here in the United States in this day and age, the country is split on Cuties. Conservatives would like to see it erased from memory while others in Doucouré’s corner claim this is how we fight the glorification and sexualization of our young girls. Which side do you fall on? Is there an answer? Below is the official trailer for Cuties, and you can also read our review of the film. 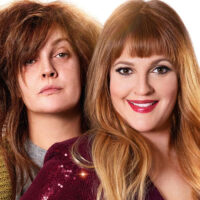