When Netflix announced in 2017 that it was going to spend over $8 billion (yes, with a “B”) on content, jaws dropped. Not only was Netflix bringing in popular content, but it was also producing its own originals. Among those originals, Netflix is moving into the anime market, by turning the beloved anime Cowboy Bebop into a live-action Cowboy Bebop series.

The world of anime was not new to Netflix since back in 2014, they have been creating their own original anime content. John Derderian the director of Japan and Anime at Netflix told Variety, “We’d been distributing anime for many many years from the DVD days. When we went streaming, it’s just such a core fanbase, we saw a lot of engagement when we put up something very old and non-exclusive. So that led us to, about five or six years ago, to start co-producing anime, where we would come in as a pre-buyer or early investor in the show and get global rights.”

Netflix has approximately 30 anime projects working, so it should come as no surprise when they also announced they were taking a popular anime and turning it into a live-action series. This one is from the late ‘90s, Cowboy Bebop.

WHAT IS COWBOY BEBOP?

The Cowboy Bebop anime is set in 2071, nearly fifty years after Earth was made virtually uninhabitable by an accident with a hyperspace gateway. Since that time, the solar system has seen humanity colonize most of the moons and rocky planets. But the crime rate is on the rise and the Inter Solar System Police has legalized a contract system where bounty hunters (aka Cowboys) track down criminals and bring them in for a reward. The bounty hunters in this series work from a spaceship called Bebop.

Cowboy Bebop ran for 26 episodes and was the very first anime to be shown on Adult Swim. The series focused on Spike Spiegel, a bounty hunter who is a former hitman for the Red Dragon Syndicate and his partner Jet Black. They are eventually joined by Faye Valentine, Edward Wong (who, despite the name, is a female) and Ein (a corgi). The main arc focused on Spike and his war with Vicious, former partners and friends. Vicious is now the head of the Red Dragon Syndicate.

If that is the anime storyline, how close will the Netflix series follow it? All indications is that the live-action Cowboy Bebop will follow the storyline of the anime closely.

John Cho (The Grudge, Star Trek) stars in the live-action Cowboy Bebop as the main cowboy, Spike Spiegel. In a statement to the Hollywood Reporter, Netflix described Cho’s character. They say their Spiegel is “an impossibly cool ‘cowboy’ (bounty hunter) with a deadly smile, a wry wit, and style to spare. He travels the solar system with his ex-cop partner, Jet, pursuing the future’s most dangerous bounties with a combination of charm, charisma – and deadly Jeet Kune Do.”

Alex Hassell (last seen on The Boys) will play Spiegel’s former partner and friend, Vicious. Their past has a price in not only their friendship but the woman they both loved. Julia was Vicious’s girlfriend until Spike and Julia decided they wanted to elope. This obviously didn’t go over well with Vicious.

In Netflix’s live-action Cowboy Bebop, Mustafa Shakir (Luke Cage) joins Cho as his partner in crime, Jet Black. As the captain of the Bebop, Black was been one of the few honest cops left before the ultimate betrayal robbed Black of everything he loved. This forced him into the life of a bounty hunter to make ends meet.

Danielle Pineda (Jurassic World) is Faye Valentine, the amnesiac con-artist who is on the run from her enormous medical debt.

Elena Satine (Twin Peaks, The Gifted) stars as Julia, the girl Spike was to elope with and the reason Vicious is out to murder him.

One thing you may be asking yourself is: Where and who is Edward Wong? While it has been confirmed the character is part of the series, no actor/actress has, to our knowledge, been chosen. The search for finding the right actor to portray such a unique teenage character seems to be a little more difficult than expected.

And finally, putting rumors to rest, an actual corgi will portray Ein, a genetically engineered dog with human-like intelligence. Fans were sent reeling when a Bebop blog posted that a husky was replacing a corgi as Ein, but it’s not true. Executive producer/writer Christopher L. Yost (Thor: Ragnarok) finally cleared up the rumor on his Twitter page, telling Bebop fans what they wanted to hear. Ein is a corgi. In fact, Netflix shared a brief behind the scenes look at Bebop as a perfect way to confirm this….

THE CREW IN CHARGE OF COWBOY BEBOP

Alex Garcia Lopez (Daredevil, The Witcher) was Netflix’s choice to direct the live-action Cowboy Bebop. Twelve writers are on board to help form the story, exec producer Christopher L. Yost being one.

Another positive for the live-action Cowboy Bebop production team is that Shinichiro Watanabe, who directed the original anime, has been brought on as a consultant for the series.

HOW MANY SEASONS WILL NETFLIX MAKE?

At this point, it doesn’t look like there will be more than one season of Netflix’s live-action Cowboy Bebop. The streaming service is calling this a mini-series with each episode (there will be 10) an hour-long. This suggests there are no plans, at the moment, for a Cowboy Bebop season 2. But as we all know, things can change quickly, and the popularity of the live-action mini-series may dictate whether there’s more.

Exactly when Cowboy Bebop will start streaming on Netflix is hard to determine. Production on the live-action series has been officially suspended due to an accident with series star John Cho. This accident was described as a freak one that took place on the Cowboy Bebop set during the last take of a routine that had been well-rehearsed by the star. The injury is forcing Cho to have surgery and then extensive rehabilitation before they can resume filming.

Right now early estimates are that production will be shut down for 7-9 months, only going back to work once Cho gets the all-clear signal. According to ProductionWeekly the live-action Cowboy Bebop is expected to go back in front of the cameras in July of 2020. If that schedule holds, then the best bet would be not to expect a Cowboy Bebop premiere on Netflix until 2021.

Back in November, Cho posted his thanks on Instagram to his fans and telling them he was on the mend.

Given the commitment Netflix has made to bringing original content to the streaming service, a live-action Cowboy Bebop seems like a wise investment. The series already has a strong fan base and just might be quirky enough to bring in new fans. With enough fan support, who knows, Netflix might have good reason to consider Cowboy Bebop a second season. 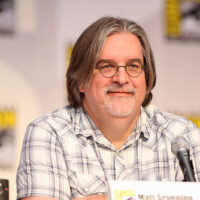