Fans of Cobra Kai will be happy to know that Cobra Kai Season 5 has already been confirmed by Netflix. Moreover, it already finished filming before season 4 was available for streaming. That could mean that it potentially will be released in early to mid-2022, though no official release date has been announced. Usually, Cobra Kai is released during the winter months, but the show might get fast-tracked to release earlier so that season six can be immediately worked on as well.

All this being said, what can fans expect from Cobra Kai Season 5? Much of what is going to happen in season five has a lot to do with how season 4 ends. Cobra Kai will be at the height of its power once again, but this time under the tutelage of Terry Silver.

Now that there is definitely a confirmed Cobra Kai Season 5, will there then be a season 6? Well, as far as the creators are concerned, they definitely want to go beyond season 5. Speaking to Deadline in March 2022, Cobra Kai co-creator Hayden Schlossberg said they’re in no hurry to wrap things up. “We have an end in mind,” Schlossberg said. “How many seasons it takes to get there, we don’t know. We’re enjoying making it so much.” Considering what a huge success the show has been, it stands to reason that Netflix will want to let Schlossberg and co-creator Josh Heald keep having fun with the series for as long as they want.

Fans of the Karate Kid mythos will recognize the villain that has been brought into Cobra Kai Season 4. Terry Silver was the main agitator for Daniel in The Karate Kid III. Silver was a vicious competitor, who brought Daniel to a near breaking point, and that surely seems to be what the focal point for the new season is concerned with. Silver is now going to be taking his vicious style to Cobra Kai Season 5.

Now that Cobra Kai Season 4 has come out, there is a more sinister plot to deal with as Terry Silver did one of the most Terry Silver things ever. Silver got Terry Kreese arrested and has taken sole control of Cobra Kai. Gee, who didn’t see that one coming? With an even worse person controlling Cobra Kai, there could be a lot of backstabbing going on in Cobra Kai Season 5.

Terry Silver is certainly not one to be trifled with, and now that he has full control of his own dojo, there could be a ton of score-settling going on. Terry certainly seems like the power-hungry type, and the fact that he so easily betrayed his partner means that he could come after everyone in a much worse way. Daniel, Johnny, and Chozen might not be safe.

Series showrunner, Hayden Schlossberg, also took to Twitter to tease the world about what might happen in Cobra Kai Season 5. The fact that Daniel and Miyagi-Do are now essentially gone, this new control that Terry Silver creates might allow Daniel to reemerge as a true threat. He handles pressure, and being the underdog makes him perform better than most other characters. Terry Silver might overstep his boundaries and create an unsafe environment for his students and possibly the All Valley Tournament, forcing Daniel to return in a much more vengeful way. The fact that the question about Daniel losing in the Karate Kid III is posed, means that Daniel will have to work his way back to eventual glory.

Daniel is now going to be apparently teaming up with Chozen, who fans will remember from Cobra Kai Season 3 and as the main antagonist and villain from Karate Kid II. With Terry Silver in the power of Cobra Kai and presumably being too dangerous to allow to operate with impunity, Daniel will look to call in reinforcements to stop Silver and bring back some glory to the Valley, now that Johnny and himself have agreed to quit teaching karate. Chozen and Daniel are in good talking terms with one another, so the pairing of the two to take down an even more powerful villain would make a lot of sense. Daniel cannot remain defeated and allow Silver to continue to run rampant in Cobra Kai Season 5.

This also begs the question of what will happen to John Kreese? The man has been framed for attempted murder and will likely be wanting to get out of jail and enact his revenge on the man that put him there, Terry Silver. Maybe Kreese finds a way to operate and create a new dojo while in jail. The focus could change from the kids to the adults a bit more in Cobra Kai Season 5. If that is the case, there should be or could be a massive five-way fight. Johnny, Daniel, Chozen, Terry, and Kreese all have something to prove or fight for, so expect a massive brawl to happen at some point. Rather, that could just be what the series needs to keep it on those exciting heels it has been on. If there was a karate riot, maybe there could be a massive karate brawl. 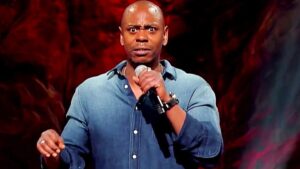 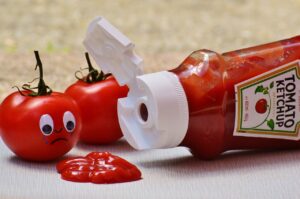 Cobra Kai Season 5 will likely see even more team-ups happening as Terry Silver and Cobra Kai will be completely uncontrollable and unstoppable. Johnny and Daniel’s partnership will likely be ended but the team-up of Chozen and Daniel is definitely on the horizon. Although the show centers around the sensei’s and their ability to teach the troubled youth control and discipline, the new season might have to test the limits of what control means. That could be especially true considering Silver is going to have full control of one of the strongest dojos, well, maybe the only dojo left in the valley.

While we know that Cobra Kai season 5 is happening, had already started filming before season 4 hit Netflix, and is well on the way, an official release date has yet to be confirmed. This page will be updated once there’s an official date. While there’s every chance Netflix may make fans wait until the end of 2022 as they have in the past, with the show so far along, there is hope that Cobra Kai season 5 will release in the summer of 2022. 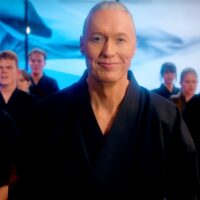