The long-awaited Cobra Kai Season 4 is set to drop on Netflix tomorrow. Today, fans wondering where the new season will take the rivalry between Cobra Kai, Eagle Fang, and Miyagi-Do, have been treated to a first-look clip provided by the streaming service. This quick clip sees the introduction of Terry Silver. Silver was the titular villain from Karate Kid III. He now returns to partner with John Kreese, who was taken back control of Cobra Kai. Since it appears that Johnny Lawrence and Daniel LaRusso have joined forces, Silver and Kreese have done the same exact thing.

See the Cobra Kai season 4 clip with Terry Silver below:

Per the clip above, it appears that John Kreese and Terry Silver mean to train the Cobra Kai students even more as a duo. They will have to deal with “two senseis” and have to do “twice the work” and “twice the instruction.” The students are asked to quit right then and there if they are not willing to go the extra mile for their new sensei as well as Kreese. Kreese promises that Terry Silver is “one of the most ferocious fighters” in the history of the sport. There is no telling what Silver plans to do to mess with the mind of Daniel in Cobra Kai Season 4. There is sure to be some sensei vs sensei fighting going on this time around. It is inevitable.

Cobra Kai Season 4 will bring together two dojos against two brutal Cobra Kai leaders and is sure to bring even more fireworks. They will all be vying to win the All Valley Under 18 Karate Tournament. Will Johnny and Daniel truly be able to coexist to take down their common foe? What will Terry Silver do to upend their alliance? There is a lot to unpack in the trailer and quick clip that have been provided by Netflix, but fans won’t have to wait much longer to see what will happen in the new season. You might even want to stay up until midnight to binge the new season when it hits Netflix for streaming.

Cobra Kai follows the events of the Karate Kid franchise that premiered in the 1980s. Although Daniel LaRusso is shown as the hero of the original films, the focus has been shifted to Johnny Lawrence as he works as a handyman in Reseda. He aims to help troubled teens by reopening his dojo, which reignites the rivalry between himself and Daniel. Now the series has been expanded into Cobra Kai Season 4, which has brought back series favorite villains, like Terry Silver. Even though Karate Kid III wasn’t the most well-received, Silver was always viewed as one of the most well-rounded villains in the franchise.

Ralph Macchio has also made mention that Hilary Swank would be welcome to appear in the show at some point. It would make sense considering that she was a direct student of Mr. Miyagi in The Next Karate Kid. That would make her character canon and part of the “Miyagi-verse.” However, Hilary Swank might be a bit too high-profile for Cobra Kai Season 4 or anything in the near future. But hey, crazier things have happened. 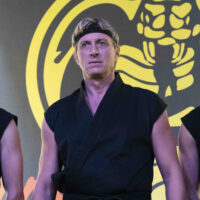 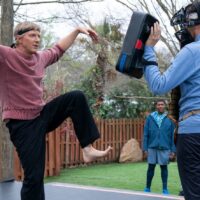