Clint Eastwood has been directing movies for going on five decades now. You read that number correctly. We are talking over 50 years of work both in front of the lens and also behind it. He’s produced some amazing films over the years which have gone on to be borderline masterpieces in some cases. One of those great films is now streaming on Netflix. You can catch Mystic River on streaming now, an acclaimed film if there ever was one.

Clint Eastwood directed Mystic River in 2003 in a film adaptation of the book of the same name by Dennis Lehane. It’s a simple story in some respects and incredibly complex in others. The story follows three characters, Jimmy, Dave, and Sean. When we first meet them, they are boys growing up in Boston in the 1970s. Then, an incident that will define them for the rest of their lives occurs when Dave is kidnapped by men posing to be police officers. He’s sexually and physically abused by the men though does manage to escape before losing his life.

The story picks up decades later with Clint Eastwood bringing us into present-day Boston where the three boys still live but whose lives have begun to diverge in significant ways. Jimmy, played by Sean Penn, is a local tough guy with significant street connections even though he’s operating a local market. Tim Robbins plays Dave who is soft-spoken and clearly has never gotten over the horrible incident from his childhood. And Kevin Bacon plays Sean who is now a Boston Police detective. The three’s stories converge when Jimmy’s daughter is found murdered and Dave is considered a suspect. Check out the trailer for Mystic River.

What ensues is a murder mystery in which Clint Eastwood has us guessing and wondering along the way about what exactly happened with the murder of Jimmy’s daughter. But beyond that, it’s a story about the ties that bind friendship and how a place and events of childhood can define people moving forward. It’s as much a character exploration as it is a mystery film with Sean Penn carrying a significant acting mantle as he navigates the pain and devastation of losing his daughter in such a terrible way. The film has a number of twists and turns and isn’t always an easy watch. In this way, Eastwood makes us somewhat uncomfortable in a truly cinematic way.

Clint Eastwood assembled such a phenomenal cast for Mystic River which starts with the three leads in Penn, Robbins, and Bacon. The interplay they bring as their respective characters is amazing, outlining how they are still historically connected but have all also essentially gone their separate ways. Joining the cast is also Laurence Fishburne, Laura Linney, and Marcia Gay Harden. Each one is captivating on-screen in their own right, making for a truly amazing film.

In Mystic River, Clint Eastwood brought one of the most acclaimed movies of the year when it first came out. It’s sitting at 88% on Rotten Tomatoes and 84 on Metacritic. The movie was nominated in multiple categories at the Academy Awards including Best Picture, Best Director (Eastwood), Best Actor (Penn), Best Supporting Actor (Robbins), Best Supporting Actress (Harden), and Best Adapted Screenplay (Brian Helgeland). Both Penn and Robbins ended up taking home the Oscars in their categories.

Clint Eastwood also crushed it at the box office with Mystic River. The film earned over $150 million dollars in ticket sales on a $30 million budget. This is a huge figure for a film that is mostly propped up on its leads and the slow burn of a story. This kind of number is typically reserved for action movies these days, but the film came out in a different time.

And though he’s been directing films for 50 years now, it doesn’t look like the 82-year-old Clint Eastwood has any intention of slowing down. He’s set to release his next film Cry Macho later this year. It’s a neo-western film that he’ll star in as well. The guy remains one of the all-time talents in the industry. A true legend and now you can catch one of his best movies on Netflix. Go check out or revisit Mystic River now. 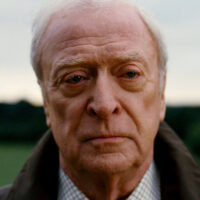