Charles Lee Ray will be your friend ‘till the end… but this isn’t the end. USA Network and SYFY have officially greenlit more of the hit sequel series Chucky for season 2.  After hacking and slashing his way through the Hackensack, New Jersey community in season 1, SYFY announced that Chucky season 2 is officially a go and will air on the network as well as USA Network in 2022. The big news came one day ahead of the explosive (literally) season 1 finale. However, those who were paying close attention to how the show was performing likely saw this coming from a mile away.

Deadline reports that the first season of Chucky drew in roughly 9.5 million viewers. The viewership is likely to increase between now and the Chucky season 2 debut in 2022 with all the episodes available to binge on the NBCUniversal streaming platform Peacock. Those who missed out on the show can catch up in one fell swoop and those who just want to pick up on more Easter eggs and relive the utter mayhem can dive back in.

For those unfamiliar, Chucky season 1 and Chucky season 2, act as the sequel to the seven movies that came before them. Unlike, say, the Halloween franchise, Chucky creator Don Mancini isn’t fragmenting his Child’s Play franchise into different continuities. For better or worse, the seven movies that came before the premiere of the show all happened, are canonical, and are addressed to some degree in the show.

The series begins with everyone’s favorite murderous doll somehow making his way to a yard sale in Hackensack, New Jersey, which viewers later learn is Charles Lee Ray’s hometown. Set just weeks after the events of the 2017 movie Cult of Chucky, the murderous possessed doll is of course interested in racking up a high kill count as always. However, his motivations are a bit more complex these days. Not only does he take joy in unraveling the secrets of the small town, but he’s also particularly interested in getting one of the town’s young kids to join him as a murderous accomplice. The story came to a satisfying conclusion in the season 1 finale, but there’s still plenty of room to flesh things out and answer some lingering questions in Chucky season 2.

The man (doll?) himself even said as much in the epilogue to the finale, when he broke the fourth wall say by the fireside, and recapped his kill count. He teased viewers with where they’ll find the answers to the unanswered questions left behind. It turns out the answer is simple, they’ll all be in Chucky season 2 along with a lot more murder and gore.

Chucky also further teased his return on Twitter. While the account is mostly non-canonical, it’s a laugh riot and whoever actually runs it does a great job not only capturing the character’s voice but picking fights with co-stars and even getting some celebrities like Snookie and Adele to bite back. Fortunately for the person running the account, it looks like they’re not out of a job yet and will have a lot of work to do for the next year to keep people excited about the premiere of Chucky season 2. 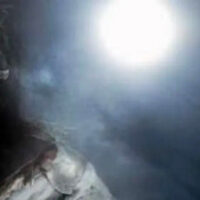