Christopher Walken is one of the best actors of our generation, and the man has appeared in countless amazing roles. However, the thing he is most known for is the thing he hates.

Christopher Walken is a legendary actor. In fact, he’s arguably one of the most legendary actors of all time. He has appeared in some of the best films and taken on some of the best roles. Pulp Fiction, King of New York, Suicide Kings, The Deer Hunter, Catch Me If You Can, and more recently being cast in Dune 2 as Emperor Shaddam IV. The man is a walking genius. However, many know the actor from something else entirely. Walken is known around the world as the producer in a Saturday Night Live sketch, who keeps asking Blue Oyster Cult for “more cowbell.” Will Ferrell, who played the cowbell player, recently told a story in which Walken said “you ruined my life.” You can see the original sketch below:

Will Ferrell talked to his former costar, Jimmy Fallon, on The Tonight Show about the sketch. In fact, Fallon played the drummer of Blue Oyster Cult in the sketch. Ferrell told Fallon about meeting Christopher Walken some years later, and the actor basically told Ferrell that the sketch had become the only thing that people knew him from. According to Ferrell, “I go to see Christopher Walken years later, in a play. I say hello to him backstage and he’s like, ‘You know, you’ve ruined my life. People during curtain call bring cowbells and ring them. The other day, I went for an Italian food lunch, and the waiter asked if I wanted more cowbell with my pasta bolognese.’ I think he’s really mad at me.”

To be honest, everyone quotes this sketch. It became so widely popular and quoted that it is #9 in the top 50 Saturday Night Live sketches, according to a Rolling Stone article on the subject. Although Christopher Walken clearly hates when people refer to the cowbell, he still remains one of the best actors of our generation. We don’t think that is what people initially think of when they see him. There are far too many great acting moments that surround the man. Batman Returns, Sleepy Hollow, Seven Psychopaths, Click, Man on Fire. He has truly been in a ton of great movies.

Christopher Walken may have been part of this sketch in the year 2000 but look how long the popularity has lasted. That is something to be proud of, despite him likely being utterly tired of hearing that someone needs more cowbell. The sketch is now 22 years old, and it is still talked about as one of the best sketches from any kind of sketch comedy show ever made. That counts for something. It is hilarious to think that he hates Will Ferrell for writing that sketch, even after all these years.

As previously mentioned, Christopher Walken has been cast as Emperor Shaddam IV in the Dune 2 sequel. We must all do our part to remember the man for his superb acting ability and not some hacky sketch that he was part of. But then again, that is how good of an actor he is. No one can stop thinking about his part in that sketch. We all need more cowbell and Walken in our lives. He most recently appeared in the Amazon Prime show, The Outlaws, and he is now set to appear in Dune 2. Regardless of his hating the cowbell sketch, he will still go down as one of the best actors in the history of cinema. 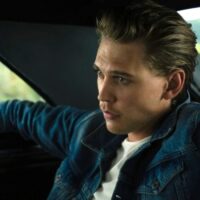 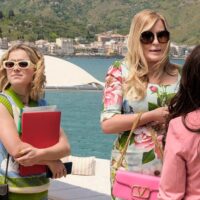