Last week, we published an exclusive report saying that acclaimed director Christopher Nolan is in talks to direct a Marvel movie. Now, other sites are picking up on our scoop and adding to it, making the likelihood of a Nolan-directed Marvel Cinematic Universe film even more likely.

Now, our initial report has evolved into something a bit more concrete. We Got This Covered brings word that among the projects Christopher Nolan is discussing with Marvel are the X-Men, Daredevil, and the Inhumans.

As noted in our original scoop, this feels like retaliation on Christopher Nolan’s part. He has been extremely loyal to Warner Bros. over the years, with many But recently, he tore into the higher-ups at Warner Bros. for their decision to make the studio’s theatrical releases available on HBO Max the same day they hit theaters. Maybe he is still upset with WB for how they responded to the ongoing pandemic?

Regardless of his intentions, Christopher Nolan’s stunning visual style and emphasis on thematic depth would lend itself well to the Marvel Cinematic Universe, particularly to the X-Men franchise. But it is easy to see him tackling Daredevil too, especially if he adopts the approach he took in his Batman movies and relies heavily on practical effects.

Circling back to the X-Men side of things for a second: Disney’s acquisition of Fox makes the inclusion of the X-Men in the Marvel Cinematic Universe an inevitability, but in what way, shape, or form they will appear remains to be seen.

As you are probably aware, Christopher Nolan has dipped his hands into a beloved superhero universe before. The Dark Knight trilogy stands as one of the greatest comic book-based movie trilogies ever, mainly thanks to Heath Ledger’s Joker and Christian Bale’s grunting, glowering take on the Caped Crusader. It is a thrilling story told across three groundbreaking, breathtaking movies, one that feels complete despite the questions its final entry, The Dark Knight Rises, raised in its closing minutes.

Christopher Nolan has also directed a number of other highly successful movies, including Inception, Interstellar, and, most recently, the ambitious Tenet. It will be interesting to see how he will go from making cerebral thrillers with convoluted plots to big-budget, action-packed family films with streamlined plots that are meant to entertain first and be contemplated second.

Again, while it certainly looks like Christopher Nolan is indeed in talks with Marvel to direct one of their films, this has not been confirmed by the studio and should still be taken as rumor for now. It’s certainly exciting to think about. And maybe Warner Bros. will come to him with an even better offer? It’s tough to imagine WB offering Nolan more money than Disney would, but who knows?

Until we get confirmation one way or the other, be sure to revisit his filmography in its entirety. He makes some astoundingly ambitious and plot-twisty movies, and it would be amazing to see him pull off a movie that maybe isn’t as needlessly complex as a narrative but one that still does its job and thrills audiences.

Vincent D’Onofrio To Return As Kingpin For Marvel? 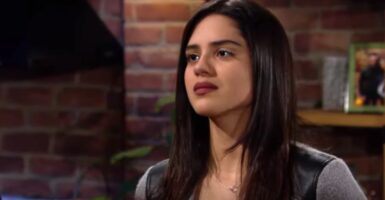