Christian Bale says every role an actor get is one turned down by Leonardo DiCaprio.

The Dark Knight himself, Christian Bale, had high praise for fellow actor Leonardo DiCaprio in a recent interview, reports Entertainment Weekly. The American Psycho actor is making rounds for his new movie Amsterdam and quipped that he owes the Titanic star for his success. He claimed that every role DiCaprio turns down is a role that will propel another actor to stardom.

Christian Bale started his career in 1987 but is best known for his role as Patrick Bateman in American Psycho, a character whose insanity was comically over the top. He then played Bruce Wayne and his alter ego Batman in Christopher Nolan’s entries into that franchise, which solidified his stardom. He also played Moses in Exodus: Gods and Kings and Dick Cheney in Vice.

However, it was American Psycho that first brought Christian Bale into popular culture as a household name, and the role of Patrick Bateman had previously been offered to Leonardo DiCaprio. It was only after DiCaprio declined the role that production cast Christian Bale, and even that was a risk for the actor, who reportedly took the industry minimum to play what would go on to be his breakout appearance.

“Look, to this day, any role that anybody gets, it’s only because he’s passed on it beforehand,” he said in the GQ interview. “It doesn’t matter what anyone tells you. It doesn’t matter how friendly you are with the directors. All those people that I’ve worked with multiple times, they all offered every one of those roles to him first.”

There is no jealousy from Christian Bale about Leonardo DiCaprio, however. The actor described DiCaprio using words like “magnificent” and “phenomenal,” and hinted that roles he turned down benefitted actors close to his age. He added, “…I would suspect that almost everybody of similar age to him in Hollywood owes their careers to him passing on whatever project it is.”

When Leonardo DiCaprio is offered a role, it is usually in a movie that needs a major star of his caliber, so declining a part means producers need to consider who can best compensate. American Psycho is an example of this working out very well for the replacement actor, and Christian Bale credits what seems like a preference for Leonardo DiCaprio for unlocking roles so others can duplicate his success.

Amsterdam is the latest effort from David O. Russell and stars Christian Bale alongside Margot Robbie and John David Washington in a period piece murder mystery set in the 1930s. The movie also features an ensemble cast that includes appearances by Anya Taylor-Joy, Robert De Niro, Taylor Swift, and Chris Rock. Amsterdam opens in the United States on October 7, 2022.

Christian Bale’s stardom, whether owed to Leonardo DiCaprio or not, has kept him busy recently, with two more movies being released this year. He is also in the Marvel Cinematic Universe release Thor: Of Love and Thunder, where he plays the villainous Gorr, which came to theaters in July 2022. Christian Bale will also be starring in another period mystery with another ensemble cast, The Pale Blue Eye, due for limited theatrical release on December 23, 2022.

With so many movies in one year, it is fair to say that Christian Bale is in nearly as high demand as Leonardo DiCaprio. After all, the Wolf of Wall Street star hasn’t been in the Marvel Cinematic Universe yet, nor has he played John Connor in the popular Terminator franchise. Christian Bale certainly earned his own share of the stardom enjoyed by Leonardo DiCaprio but scooping up the role that made his career definitely helped get his name out there for us to see. 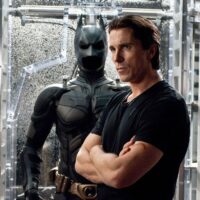 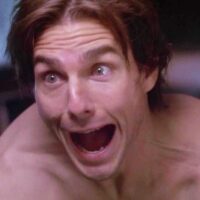 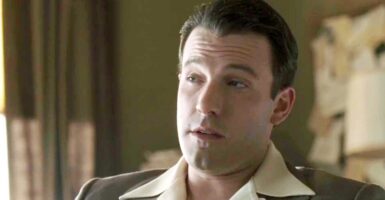 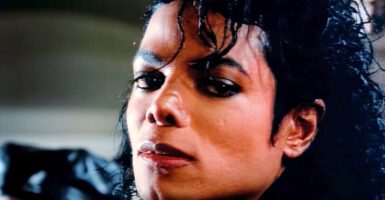 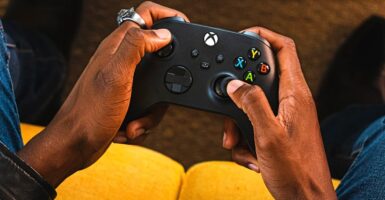