Horror fans rejoice: Chris Rock and Samuel L. Jackson are set to star in Spiral: From The Book of Saw, the ninth installment in the Saw film franchise and now one of my most anticipated films of the year.

Here’s the trailer in all its terrifying glory:

Judging from this first trailer, this honestly looks really, really good, and with talent such as Chris Rock and Samuel L. Jackson on board, it is going to at least be entertaining and maybe even a bit funny. It’s clear from the trailer that even if you haven’t seen a Saw movie in a while, you can tune in for this one. While you are likely to pick up more details about what is going on with the mythology if you’ve seen them all, it’s entirely possible to have not seen any Saw films and still understand this one. The movie is pretty easy to catch up with, even from the trailer.

The idea is that there is a killer who likes to play games with people. Chris Rock is a detective trying to stop that from happening. While he has the classic detective role, even in the trailer you can pick up on Chris Rock’s attitude, which makes everything a touch more fun. The actor had more input on this project, as he is both starring in Spiral and an executive producer. As soon as Sam Jackson takes the screen, you can feel his presence as well. It’s truly special that for the ninth movie in the Saw universe, Spiral has two such great actors.

Fans of the Saw franchise will likely be thrilled with what director Darren Lynn Bousman and writers Josh Stolberg and Pete Goldfinger have devised for them this time around.

The Saw franchise first took the horror scene by storm in 2004 and has been a monstrously successful series ever since. Seriously, nine movies in is an achievement. James Wan, whom you may know as the director of the DC film Aquaman, co-created the franchise with Leigh Whannell, the mind behind The Invisible Man. They worked on this franchise back in the early aughts, unaware that they had a hugely successful concept on their hands. Now, with Chris Rock lending both his acting and his storytelling talents to Spiral, it will be interesting to see how it differs from the actor’s previous works and how it complements the rest of the franchise.

The most recent entry in the franchise, Jigsaw, hit theaters back in October 2017. It was a commercial success and a critical failure, which honestly seems to be fairly normal for beloved horror movies. Hopefully, though, Chris Rock’s brilliance helps make Spiral a critical and commercial success. That would breathe new life into a long-standing franchise and encourage the studio to produce more Saw-related films.

Spiral: From The Book of Saw is currently scheduled to hit theaters on May 14, 2021. Now that a trailer is out and taking the internet by storm, what do you think? Will you be watching it? Let us know! 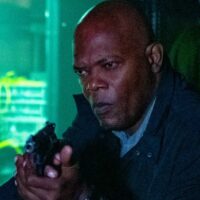 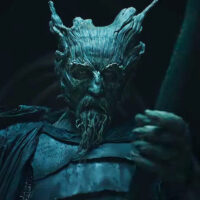 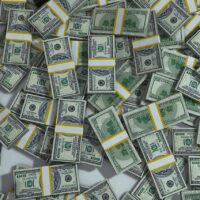