Chris Pratt’s Star-Lord To Return To Earth? See The Evidence

Chris Pratt and the rest of the Guardians of the Galaxy have been quite busy as of late. It has been reported that James Gunn is currently filming both the Guardians of the Galaxy 3 sequel as well as an upcoming holiday special, which is set to air on Disney+. Gunn has also confirmed that the holiday special will be required watching material to gear everyone up for the upcoming sequel. That could mean several things. For one, it could mean that something major happens in the special linking to the sequel. It could also mean major MCU characters will be shown, and finally, it could show something that we have all been wondering about. One such thing is that Star-Lord will return to Earth. Though that has not been confirmed, exclusive set photos have been released. You can see the set photos below:

While it has been reported that shooting is currently taking place in Atlanta, Georgia, this upscale home, and neighborhood are meant to look like Beverly Hills. The cop cars that are parked and flipped show the Beverly Hills Police Department decal on them. That could also mean that the Guardians will finally make their way to Earth, despite Star-Lord’s gripes with returning home. He was kidnapped and launched into space after his mother died, so one might think he doesn’t care to ever go back home and face such tough memories. While this is all conjecture, it would make sense that the team would finally want to see where Peter Quill (Chris Pratt) comes from. They have all known him as the space outlaw, but not about who he was on his home planet.

The flipped-over cop cars also are a bit of a wonder. Why would they be flipped over? There are rumors that the stunt double for Dave Bautista’s character Drax was also spotted on the set. So, it could mean that Drax gets a little too much into the holiday spirit and sends some cop cars flipping. The holidays often bring families and alcohol together, so that might spell trouble for the team. The last time Drax got intoxicated, he called Ronan and got the team in some huge trouble. Maybe he should not take in some much egg nog. Kevin Bacon is also said to be involved in an upcoming Marvel project, and what better way than to place him in the Guardians of the Galaxy Holiday Special. Bacon was mentioned in the first film as being a champion of sorts, in one of the funniest nods to 1980s movies. Maybe Chris Pratt aka Star-Lord takes the Guardians to see who Bacon really is.

The Guardians of the Galaxy Holiday Special is expected to drop in December of 2022, so it will be quite some time until we get all the answers that we seek. However, it will also be one of the two final times that James Gunn will be a part of this ragtag team’s creation. He is said to be leaving the project behind after the third film release. Hopefully, someone as brilliant as Gunn can take the reins and move the team forward. For now, we can all speculate on Star-Lord finally returning to his home planet. 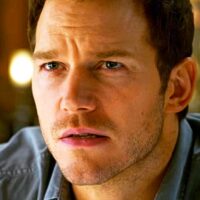 A Chris Pratt Movie Is Suffering A Crushing Delay