A Chris Pratt Movie Is Suffering A Crushing Delay

Chris Pratt is currently one of the biggest stars on the planet, but it seems like even that is not enough to keep movies on schedule. The untitled CGI Mario movie starring Chris Pratt as legendary turtle-killer Mario Mario has just been delayed until April 7, 2023. That knocks it back quite a few months from the original release date of December 21, 2022, but does give it the popular Easter weekend slot. The announcement was made via the official Nintendo Twitter account, where video game design legend Shigeru Miyamoto himself stated the decision to delay the Chris Pratt had been made in conjunction with Illumination, the animation studio partner with the Japanese company. Here is the statement in full:

Notably, the Nintendo announcement did not give any specific reasoning for the delay. While Chris Pratt has a great many upcoming projects, the only one that might have conflicted with the untitled Mario movie is James Gunn’s The Guardians of the Galaxy Holiday Special, which is scheduled to be released on Disney+ rather than in theaters. That indicates that this months-long delay is likely not due to worries about Chris Pratt oversaturation. Nintendo has been notably mum on details of the movie and its production and plot, so this could be anything from actual delays in animation to worries about the ability of Mario and his cronies to actually pull audiences into the December holiday movies theaters, to someone spilling a cup of coffee and completely erasing all of Seth Rogen’s Donkey Kong dialogue. Only time can tell.

The casting of Chris Pratt as the Italian plumber and rescuer of princesses was controversial from the start. For one thing, it is not like the longtime voice of Mario, Charles Martinet, is not available (and reportedly may have a cameo of some kind in the film) and for another, fans generally don’t like complete overhauls of characters. The rest of the voice cast for the untitled Mario movie is equally as idiosyncratic, with the aforementioned Seth Rogen as Mario’s original adversary/occasional racing partner Donkey Kong, Jack Black as lizard king Bowser, Northman star Anya Taylor-Joy as Princess Peach, and It’s Always Sunny in Philadelphia star Charlie Day as the coward Luigi Mario. It is clear that Nintendo is looking to do something a little different with the film, even aside from Chris Pratt.

Even without the question of Chris Pratt, Nintendo is famously leery of adaptations of their most famous character. The 1993 live-action film starring Bob Hoskins as Mario and John Leguizamo as Luigi was enough of a legendary disaster to scare the video game company off films for some time, but they seem to have faith in Illumination. The movie is written by Matthew Fogel (who also wrote The Lego Movie 2) and is being directed by the team of Aaron Horvath and Michael Jelenic. Those two previously worked on Teen Titans Go! and Teen Titans Go! To the Movies, both movies that took a lighthearted and somewhat satirical tone to their source material, which is likely what we will be getting with the Mario movie. We’ll be seeing you Easter weekend, Chris Pratt. 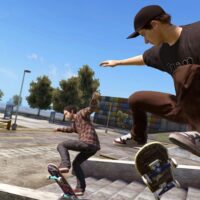 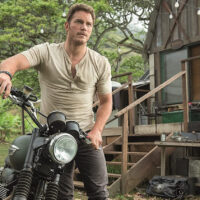