A fantastic Chris Pine movie is getting a small screen treatment and this is the kind of story perfectly set up for an extended storyline. Deadline is reporting that Hell or High Water is being developed by Fox and will use many of the beats from the original movie, while also creating an expanded story around the original premise. It doesn’t look like Chris Pine will be involved in this series with his character and the others recast for a new story. But in terms of plot lines and general intrigue, this is just the kind of flick that could play well over the course of an entire season.

According to the early log lines, Hell or High Water will have a similar premise to the movie that starred Chris Pine and Ben Foster as a pair of bank-robbing brothers living in oil-rich Texas. The two aren’t in it for the thrill of the heist though. They have a very specific plan in mind with a monetary goal to hit. They are robbing banks in order to get enough money to save their mother’s land which is on the brink of bank foreclosure. It’s an insular story about the trouble with a financial system that has preyed on unsuspecting folks. In a twist of fate, they decide that the best way to pay back the bank, is to rob the bank.

Though it doesn’t appear Chris Pine will be involved here, there are some solid names involved in this Hell or High Water series. Most notably, Jessica Mecklenburg has been tapped as producer and she has a number of other strong shows on her resume already. Most recently, she was on board for Hulu’s Dopesick and Paramount’s Twilight Zone reboot. Plus, she had a had in Stranger Things for Netflix as well.

One difference between this Hell or Hight Water series and the original Chris Pine movie is that there will be an added element into the story that involves a rich oil tycoon who has come to the area to intimidate local residents out of their land. In the movie, this was the bank but the series will put more of a face on the struggle, though the two brothers will still be out there robbing banks.

The original Chris Pine movie was written by Taylor Sheridan, one of his first scripts, and well before he started absolutely crushing it with Yellowstone for Paramount. In the film, Jeff Daniels plays the local lawman who is hot on the pursuit of the bank robbers. This role will also be recast for the series.

As for Chris Pine, he has a number of bigger flicks heading down the pike over the next couple of years. One of those is going to be the live-action movie version of Dungeons & Dragons. It’s tough to know what to expect with this film, an adaptation of the role-playing game. It’s being directed by John Francis Daley and Jonathan Goldstein and will also feature Hugh Grant, Michelle Rodriguez, Rege Jean-Page, and many others. Plus, Chris Pine is set to reprise his Captain James T. Kirk role in another Star Trek film in the next few years. And before we get Chris Pine recast in the Hell or High Water series, be sure to catch the movie streaming on Netflix now. 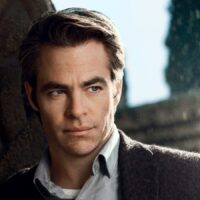