Chris Hemsworth Is Taking A Break Because Of A Frightening Diagnosis

Chris Hemsworth is stepping away from acting after he learned he was a genetic predisposition for Alzheimer’s disease.

Chris Hemsworth may portray one of the most powerful heroes in the Marvel Cinematic Universe, but in real life, even he is susceptible to human weaknesses. According to Deadline, the Thor star plans to take a considerable amount of time away from acting after learning that he has a genetic predisposition for Alzheimer’s disease. Hemsworth reportedly intends to wrap up his press tour for his new docuseries Limitless before taking a break to spend time with his family.

The frightening diagnosis came to light while Chris Hemsworth was filming Limitless for Disney+. According to Vanity Fair, the actor’s makeup includes two copies of the gene APOE4, with one coming from his mother and the other from his father, which studies have linked to an increased possibility of Alzheimer’s disease. A study by the National Institutes of Health in 2021 determined that one in four people have a single copy of the gene and a mere 2 to 3% of the population carries both.

Although the discovery is nothing to balk at, Chris Hemsworth did clarify in his interview with Vanity Fair that he has not received “a hard diagnosis” of Alzheimer’s. He mentioned that Disney initially intended to remove his diagnosis from Limitless, which took place during the show’s fifth episode, but Hemsworth urged the studio to leave it intact. He believes it could serve as a motivator for viewers of the series to lead healthier lifestyles, whether it’s through physical activity, dieting, sleep habits, or all the above.

Fortunately, the Alzheimer’s discovery for Chris Hemsworth has allowed him to begin taking preventative measures to minimize his risk of developing the disease down the line. The 39-year-old actor is convinced he wouldn’t have made the life changes he has if he had not been made aware of his chances of suffering from Alzheimer’s. Now, the star is grateful that he’s been given the chance to seek out tools and guidance to ensure he’s fully prepared for a potential battle with the illness.

The actor’s new Disney+ series Limitless was created by Darren Aronofsky, who recently directed the critically acclaimed motion picture The Whale starring Brendan Fraser. The show examines the new scientific research centered around the different ways humans can live longer such as regenerating damage, maximizing strength, building resilience, and facing mortality. On the series, Chris Hemsworth puts this science to the ultimate test, where the risks were reportedly so high that Marvel feared the actor might meet his demise while filming.

Following his return to the MCU as the God of Thunder in Thor: Love and Thunder, Chris Hemsworth will appear next in Extraction 2, which is the hotly anticipated sequel to Netflix’s 2020 thriller. After that, he can be seen in the Mad Max prequel Furiosa, which is scheduled to arrive in theaters on May 24, 2024, and stars Anya Taylor-Joy as a young version of the title character. Although there’s no word on how long his break from acting will last, Hemsworth is expected to appear in the forthcoming Avengers movies The Kang Dynasty and Secret Wars. 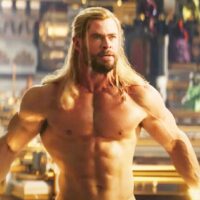 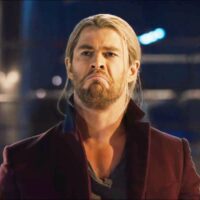 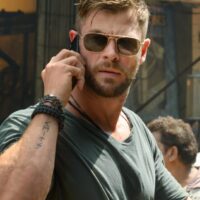 Chris Hemsworth Reveals The Movie He’s Most Proud Of 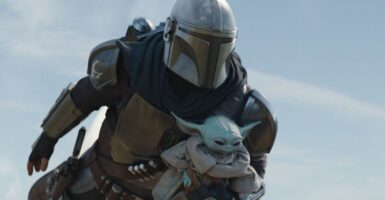