Oscar winner Chiwetel Ejiofor is about to follow in the footsteps of the late David Bowie. No, he’s not releasing an album that Trent Reznor produced — he’s starring as the lead in a new adaptation of Walter Tevis’ 1963 science fiction novel The Man Who Fell to Earth. The series premieres on Showtime on Sunday, April 24, and this past Monday the network released an emotionally powerful and visually impressive trailer.

The trailer opens with Naomie Harris’ (Moonlight) Justin Falls struggling to stop the bank from foreclosing on her home, while at the same time fighting to spend time with her son. Chiwetel Ejiofor drops into her life — quite literally it seems — as Faraday, with problems even more dire than hers. Faraday is from the planet Anthea, whose people are dying from a worldwide drought. The alien has left his wife and child behind to try to find a solution on Earth, only to discover that our world is following the same trajectory as his own. You can watch the trailer below.

Of course when you’ve got benevolent, peace-loving aliens visiting Earth for any reason at all, what do you need? That’s right — paranoid human government agents who track them down like dogs. This, it appears will be the role of Kate Mulgrew’s (Star Trek: Voyager) Drew Finch, Rob Delaney’s (Deadpool 2) Hatch Flood, and possibly Jimmi Simpson’s (Westworld) Spencer Clay. In contrast, Bill Nighy (Love Actually) is another alien, Thomas Newton, who hopes Chiwetel Ejiofor will be his successor.

Bill Nighy’s presence appears to be something of a nod to the earliest adaptation of The Man Who Fell to Earth. As Screen Rant points out, the character Chiwetel Ejiofor is playing is new to the story. Nighy’s character, on the other hand, is the same one the late pop culture icon David Bowie played in the 1976 film bearing the same title. So while this series does not appear to be any kind of sequel to the Bowie film, his character endures as a nod to both the first film and the source material.

The fact that we’ll be getting to see Chiwetel Ejiofor in The Man Who Fell to Earth is something of a minor miracle. The project was the object of a network pinball game for a few years. Originally set for release on Hulu, according to Deadline things changed when Hulu came under Disney’s ownership. The series moved to CBS Access — which has since rebranded to Paramount+ — in August 2019, but it wouldn’t stay there. In March 2021, the month after Ejiofor was cast in the lead role, the series moved to its final (so far) home, Showtime.

Depending on the success of The Man Who Fell to Earth, Chiwetel Ejiofor could be facing one hugely successful month after another. Almost two weeks after the Showtime premiere, Ejiofor will reprise his role as Mordo in Doctor Strange in the Multiverse of Madness. We last saw Ejiofor in the role in 2016’s Doctor Strange. While so far Ejiofor’s version of Mordo is nowhere near as sinister as his comic book counterpart, judging by the trailers released so far, he will finally be an antagonist to Strange in the sequel, as he is in the comics. 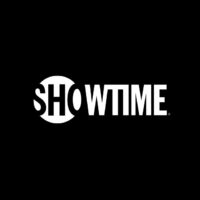 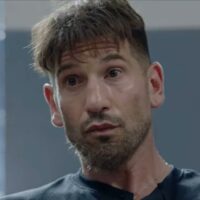 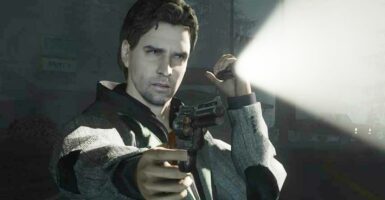