Charlize Theron is featured as a wicked professor in the first trailer for The School for Good and Evil which is coming to Netflix.

After enticing fans with a few images, Netflix released the official trailer for The School for Good and Evil. Based on Soman Chainani’s 2013 novel of the same name, the film sees fairy tale characters hone their craft and ultimately decide if they want to be good or evil. The clip begins with a voiceover from Charlize Theron’s Lady Lesso explaining how every so often, a very lucky candidate from the outside is selected for admission to the hallowed institution.

The video then introduces Charlize Theron’s co-stars, Sophia Anne Caruso and Sofia Wylie as Sophie and Agatha respectively, as they are whisked away to the school. Fans are treated to a glimpse of the magical world’s school grounds, the training classes, and some of the creatures who live there.

The School for Good and Evil trailer also showcases most of the ensemble cast, including Kerry Washington as Professor Dovey, Michelle Yeoh as Professor Anemone, and Laurence Fishburne as The School Master.

The movie is directed by Paul Feig from a screenplay he co-wrote with David Magee. The story follows the adventures of best friends Sophie, a golden-haired seamstress who dreams of escaping her dreary life to become a princess, and Agatha who has the makings of a real witch due to her grim aesthetic and offbeat mother.

After being taken to the titular school, things go awry when Sophie is placed in Lady Lesso’s (Charlize Theron) School for Evil, and Agatha is sent to the School for Good run by Professor Dovey (Kerry Washington).

However, only true love’s kiss can change the rules and send the girls to their rightful schools and destiny. But when a dark and dangerous figure with mysterious ties to Sophie emerges and threatens to completely destroy the school and the world beyond, the only way to a happy ending is to survive their real-life fairytale.

That’s when the misfit best friend’s special bond is put to the ultimate test. Netflix’s School for Good and Evil, starring Charlize Theron, will be available to stream on October 19.

Speaking about The School for Good and Evil via TUDUM, Sophia Anne Caruso said the girls’ dynamic feels very real and viewers will relate to their stories, how they connect, struggle, and ultimately grow to appreciate the depth and love of what it means to be a friend. Along with Charlize Theron, the film also stars Jamie Flatters, Kit Young, Peter Serafinowicz, Rob Delaney, Mark Heap, Patti LuPone, and Rachel Bloom.

Meanwhile, Charlize Theron is currently working on The Old Guard 2 – directed by Victoria Mahoney from a screenplay by Greg Rucka. While there isn’t much plot information, the story will probably continue to draw inspiration from the 2019 sequel to the original comic, The Old Guard: Force Multiplied.

In the first film, the story followed the oldest immortal Andromache of Scythia and her covert team of mercenaries. When a new member is discovered, exposing their existence, the group is forced into a fight for their freedom while trying to keep their identity a secret. 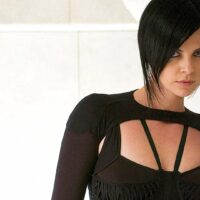 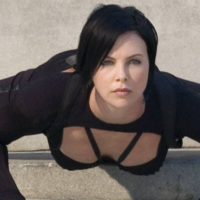